The carbon taxers are billing the Essex Carbon Tax Plan as “revenue neutral. One-hundred percent of the carbon pollution fees will be returned to Vermont electric ratepayers, and the program will be assessed annually by Vermont’s Auditor of Accounts.” This can’t be true because any program carries administrative costs that cannot be returned to the taxpayer. The question here is how much will the bill be? 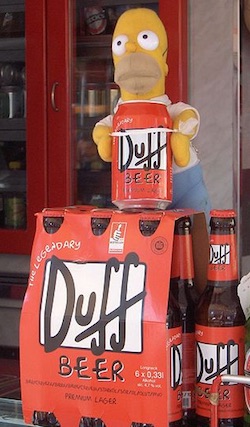 Homer Simpson holding a can of his favorite beer.

The Essex plan will supposedly raise $240 million revenue. Assuming the 5 percent administrative costs’ figure that other states have used, Vermonters could end up paying bureaucrats around $12 million.

Additionally, the required annual audit will cost something too. The proposal’s wording is very precise — Vermont ratepayers won’t have to pay for the audit. But somebody will! On April 15, if the ratepayers are spared the bill, Vermont taxpayers will have to pick up the tab. And since ratepayers are generally taxpayers, Vermonters in general will be worse off.

The situation recalls a scheme Homer Simpson in the Simpsons episode “Lard of the Dance.” Here Homer learns that people will pay money for grease. So, Homer decides to cook up all of the bacon in his fridge and sells 4 pounds of bacon grease for $0.63 (he feeds all of the bacon to his dog, which gets sick). Then, Homer’s son Bart decides to question Homer’s actions:

Homer: “Yeah, but your mom paid for that.”

Bart: “Doesn’t she get her money from you?”

Homer: “And I get my money from grease, what’s the problem?”

If proponents of the Essex Plan want to be taken seriously, they should admit that the plan will, at best, cost millions in administrative and auditing costs. As such, the plan is not really revenue neutral. Overall, this latest version of the carbon tax will require Vermonters to spend more in taxes than will be returned in rebates. As Homer would say, “D’oh!”