The Equality Act, HR5, which passed the House and faces opposition by Republicans in the Senate, is being touted as “long past-due federal legislation” by the LGBTQ community.

Its lead sponsor in the House, Rep. David Cicilline, D-Rhode Island, argues it is necessary to implement safeguards for LGBTQ people who “in most states … can be discriminated against because of who they are, or who they love. It is past time for that to change.”

In 27 states, a person can be denied housing based on sexual orientation or gender identity, Cicilline says. In 31 states, one can be denied access to education; in 41 states, denied the right to serve on a jury. 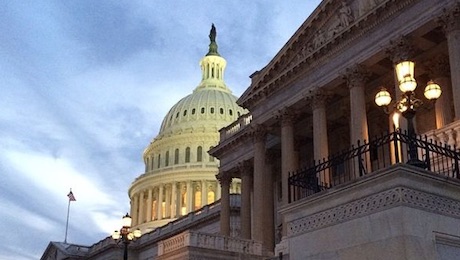 The bill claims to grant national civil protections for LGBTQ (lesbian, gay, bisexual, transgender and queer) individuals by amending the 1964 Civil Rights Act. It replaces the word “sex,” with “sex, sexual orientation, gender identity” as a protected class in federal code, and changes many other federal laws.

But it does far more, opponents argue, including requiring taxpayer-funded abortion, and forcing hospitals, health care providers and pharmacists to provide abortions, abortion inducing drugs and devices, hormone-blockers, opposite hormone treatment, and surgeries.

Ryan Anderson, president of the Ethics and Public Policy Center, argues instead of narrowly tailoring ways to “shield LGBT-identifying Americans from truly unjust discrimination, the bill would act as a sword – to persecute those who don’t embrace newfangled gender ideologies. It would vitiate a sex binary that is quite literally written into our genetic code and is fundamental to many of our laws, not least laws protecting the equality, safety and privacy of women.”

The bill applies to “actual” or “perceived” orientation, meaning a “perception of belief, even if inaccurate concerning” one’s sex, sexual orientation, and gender identity. It also applies to “another person with whom the individual is associated or has been associated.”

“In other words, the expansiveness and vagueness of the bill’s reach includes actual status, perceived status, perception, and beliefs, even if the beliefs are inaccurate,” Mat Staver, founder and CEO of the religious freedom legal aid organization, Liberty Counsel, said.

“It also applies if an individual alleges that an adverse action was taken because of the individual’s current or past associations – even if the individual does not otherwise come under the broad terms of LGBTQ.”

LGBTQ Nation says that defining what queer means “is actually hard to provide because the word itself goes far beyond mere sexual orientation or gender identity. The Q in LGBTQ can also signify other sexual orientations and gender identities not covered by the acronym’s preceding letters,” including “gender-neutral, non-binary, agender, genderfluid, pansexual, asexual, solosexual or something else not covered by LGBT.”

The Senate version of the bill, Staver points out, states that the “Q” could include roughly 550 paraphilias outside of LGBT, including pedophilia, now referred to by some as “minor attracted persons.”

The bill states that individuals who fall under their actual or perceived gender status “shall not be denied access to a shared facility, including a restroom, a locker room and a dressing room, that is in accordance with the individual’s gender identity.”

This applies to “any establishment that provides a good, service, or program, including a store, shopping center, online retailer or service provider, salon, bank, gas station, food bank, service or care center, shelter, travel agency or funeral parlor, or establishment that provides health care, accounting or legal services,” along with any organization that receives any federal funding.

The word “establishment” is not limited to a “physical facility or place,” meaning an establishment could mean anything, including online services or programs. The bill expands the definition of public accommodations to include places that provide exhibitions, recreation, exercise, amusement, public gatherings, or public displays; goods, services, or programs; and transportation services. It also applies to employment, housing, rental, public accommodation and education.

John Paul Moran, founder of Grand Opportunity USA and a recent candidate for Congress in Massachusetts, argues the bill “is dangerous to women, children and gay people like me.” The bill, he argues, would lead to “the erasure of women by dismantling sex-specific facilities such as bathrooms, locker rooms, prisons, battered women’s shelters, and other vital female-only spaces. The same would apply to men – men’s facilities, sports clubs, changing rooms, etc. will also disappear. Mixing the biological sexes in such a way will enable and facilitate sexual harassment and assault,” among many problems he lists.

Churches, synagogues, mosques, charities and adoption agencies, religious and nonprofit schools could lose their tax-exempt status or receive federal sanctions; schools could lose accreditation and be unable to accept student loans. because HR 5 would forbid them from using RFRA as a claim or defense for not following it.

RFRA prohibits “any agency, department, or official of the United States or any State (the government) from substantially burdening a person’s exercise of religion even if the burden results from a rule of general applicability, except that the government may burden a person’s exercise of religion only if it demonstrates that application of the burden to the person.”

Staver argues the bill “is not at all about equality. If it was, the bill would not include houses of worship and eliminate religious freedom as a claim or defense. The bill is a massive expansion of the federal government into every corner of our lives. The reach of the bill combined with its vagueness and the repeal of the federal religious freedom law will result in a torrent of harassing and frivolous lawsuits. If this bill becomes law, the consequences are staggering.”