MONTPELIER — Environmental groups see an opportunity to change Vermont’s energy standards and infrastructure next year as more than a third of the state’s legislators will be new to the State House. 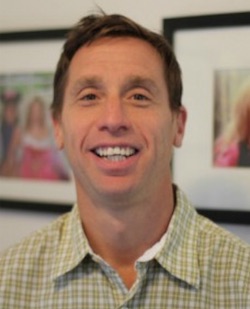 “The number one priority is ensuring that, as we ask Vermonters to electrify everything, that all of our energy needs are met with 100% renewable energy from solar, wind and small-scale hydro sources, period,” said Peter Sterling, executive director of Renewable Energy Vermont.

“Vermont’s current law does not meet this goal,” he said, “so we want to change Vermont’s renewable energy standards.”

Earlier this year, the state Department of Public Service released a new version of Vermont’s Comprehensive Energy Plan that looked to expand on energy goals established in 2011 and 2016: That the state should meet 25% of its energy needs from renewable sources by 2025, 45% by 2035 and 90% by 2050.

For the transportation sector, the 2022 plan called for meeting 10% of energy needs through renewable energy by 2025 and 45% of those needs by 2040; in the thermal sector those goals were 30% by 2025 and 70% by 2042. In the electric sector, the plan called for using carbon-free resources to produce all its electric energy by 2032, with at least three-quarters of energy needs using renewable resources.

Sterling said he believes Vermont has lost its position as the leading clean energy state in New England, and we need to play catch up. 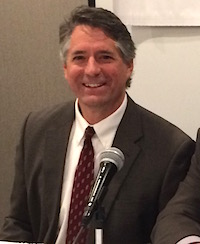 “If you have any real hope of meeting that goal, there’s much that needs to be done in terms of establishing the infrastructure to make that work in the state,” Burns said. “And that will require a commitment on the part of this administration going forward for more infrastructure — for instance, charging stations and electric vehicles.”

The election next week is set to bring historic turnover to the Legislature — with similar levels of fresh faces running for statewide executive offices, too. More than a third of lawmakers will be new come January’s session. This high turnover in the Legislature poses a chance for environmental lobbying groups like Sterling’s and Burns’ to set the tone of the debate.

The two see a chance to make environmental issues a major focus for the new session.

“We are going to be setting up opportunities to connect with legislators, both new and those who are returning to office in the days following the election,” Burns said. “We’re planning a series of webinars that will be open to the legislators so that they can hear what issues we’re working on and some of the subjects that we hope to get done in this upcoming legislative session.”

Burns said he sees particular promise in the flood of funds the federal government gave out last year through the American Rescue Plan Act.

The COVID-19 relief act sent the state $2.7 billion to help sectors of the state that have been struggling since the onset of the pandemic. Legislators have already agreed to use $640 million of those funds to advance environmental initiatives, including clean water and action on climate change.

“It is viable now to say we need tens of millions or hundreds of millions of dollars of investments in order to try to avoid the worst catastrophes associated with climate change,” Burns said. “We really wish we could get alternatives to fossil fuels right now for heating, transportation, electricity, and that’s going to be a big, big push for us.”

You might think the good chunk of new legislators would make things harder. But Sterling said he believes his group’s biggest challenge lies in the governor’s office.

“I think by far the biggest challenge is that we have a governor who just really isn’t committed to taking the big steps necessary to combat climate change,” Sterling said.

Republican Gov. Phil Scott has a recent history of vetoing bills focused on reducing the impact of climate change and protecting the environment that he sees as too costly, untransparent or restrictive, or that give more power to state agencies than he is comfortable with. Scott is up for reelection Nov. 8.

In 2020, he unsuccessfully vetoed the Global Warming Solutions Act, which requires the state to reduce greenhouse gas emissions to 26% below 2005 levels by 2025, 40% below 1990 levels by 2030 and 80% below that mark by 2050. The bill lets individuals sue the state into compliance if those goals aren’t met.

In May, Scott vetoed a bill that would have required fuel providers in Vermont to decrease how much fossil fuel they sell as a way to make heating more environmentally friendly. Then in June he vetoed a bill to set goals of conserving significant portions of Vermont’s land by 2030 and 2050.

Sterling said he sees that track record as a hurdle. “Until we have the governor on board with what everyone else is saying Vermont needs to do, it’s a real struggle to reduce greenhouse gas emissions,” he said.