An environmental group that sued New Hampshire over delays in approving a solid waste plan is criticizing the state’s 10-year proposal to update garbage collection and recycling programs.

In a letter to the state Department of Environmental Services, the Conservation Law Foundation said a draft plan to manage solid waste, landfilling, recycling and composting over the next 10 years is “inadequate and uninspiring” and means New Hampshire will continue to be a “dumping ground” for garbage from Massachusetts and other surrounding states. 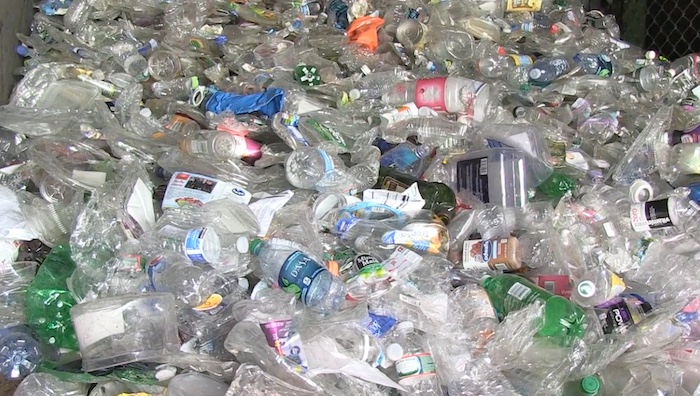 The solid waste plan, which was unveiled earlier this month, sets goals including reducing how much waste is generated, while stepping up efforts to divert more materials out of landfills through recycling and reuse programs. The state plans to meet those goals by increasing public education and incentive programs.

“Instead of demonstrating leadership and providing the guidance New Hampshire needs, DES has provided just a laundry list of recommendations, without any real steps to actually achieve them,” said Heidi Trimarco, CLF’s New Hampshire attorney.

In 2021, the environmental group filed a lawsuit against the state over delays in finalizing a solid waste plan, which hasn’t been updated since the previous plan expired in 2003.

The solid waste plan, which was unveiled earlier this month, sets goals including reducing how much waste is generated, while stepping up efforts to divert more materials out of landfills through recycling and reuse programs. The state plans to meet those goals by increasing public education and incentive programs.

Nearly half of the trash going into New Hampshire landfills comes from Massachusetts and other states, and lawmakers who approved the changes have been exploring ways to tighten the laws to restrict out-of-state trash amid warnings that the state will run out of capacity.

A 2019 report estimated that New Hampshire landfill capacity could have a shortfall of 120,000 tons in disposal capacity by 2025, which has state officials considering plans to expand landfill capacity and restrict waste from elsewhere.

“The Department of Environmental Services is completely abdicating their responsibility to address out-of-state waste,” Trimarco wrote. “DES should be committing to do something, anything about out-of-state waste.”

In June, Gov. Chris Sununu vetoed a proposal seeking to tighten environmental rules for new landfills, arguing that the plan would drive up the state’s solid waste costs.

The proposal, which was approved by the state Legislature with bipartisan support, called for setting a buffer zone for new landfill operations to help prevent toxic pollutants from leaching into nearby waterways.

Under current law, New Hampshire law sets a 200-foot buffer between proposed landfills and lakes, rivers or the coastline to prevent contamination. The legislation called for replacing that required buffer zone with a project-specific review that takes into account the flow of groundwater and other environmental factors.

But Sununu said the changes would prevent new regional landfills from being constructed, which he argues would drive up costs for local governments, waste haulers and consumers.