An increase in Vermont’s tax rate is on the horizon for the state’s upcoming fiscal year. The question early in this legislative session is by how much.

Two House panels — the Committee on Education and the Committee on Ways and Means — held a joint meeting Wednesday and met with two state staffers to delve into the intricacies of funding public education within Vermont. 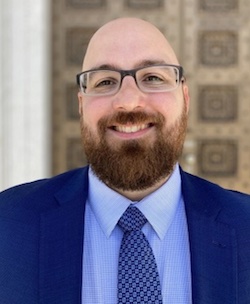 Craig Bolio, commissioner of the Vermont Department of Taxes, elaborated at the meeting on his so-called Dec. 1 letter, which is a statutorily required document that is published annually on the date to provide a glimpse into the next fiscal year for education funding.

State finances do currently carry a surplus, though not enough to keep pace with inflationary pressures — particularly in the area of public education.

“Schools are not immune to that,” Bolio said. “They’re experiencing the same kinds of pressures, but that puts real rate pressure on taxpayers as well.”

Bottom line, Vermont taxpayers could experience an average 8.3% increase to fund education in fiscal year 2024 if current surpluses are not applied.

But if the General Assembly decides to use surplus dollars to bring expenses in line with revenues, that increase could instead be in the range of 3.7%.

Speaking to the forecasted figures, Bolio said, “That is including a really significant surplus of almost $63 million — which I think I would be calling unprecedented, if it were not for last year’s unprecedented $90 million-plus surplus. The last two years have been very unusual on this front.”

The reason for the budget surplus, as Bolio outlined in his annual letter, are “unreserved/unallocated funds from FY23.”

At the joint committee meeting, Julia Richter, fiscal analyst with the Vermont Legislative Joint Fiscal Office, delved into the various factors feeding into financing public education within the state.

Legislation adopted in prior years has changed some of the mechanisms for determining property tax rates, including an all-encompassing equalization formula.

The discussion also delved into property appraisals, which is a complex topic unto itself, yet ties into discussions of funding education and other public services in Vermont.

State Rep. James Masland, D-Thetford Center, took aim at Vermont’s CLA — more formally known as common level of appraisal — and called for changes to its methodology. Masland serves on the House Committee on Ways and Means.

“I’ve often thought, in the back of my mind, that the CLA was a little nutty,” Masland said. It looks at appraisals within a town, the municipality, the school district or whatever. But it doesn’t satisfy me that a house like mine in Thetford is appraised similarly to a house two towns away. I don’t see that we’ve really resolved that issue.”

Both chambers of the General Assembly will be deliberating on education finance and the fund’s tax rate in the months ahead as the fiscal year 2024 budget is prepared and potential policy is introduced.

In his presentation on the Dec. 1 letter, Bolio also offered up a caveat to the figures he was presenting.

“We’re using the best available information that we have at the time,” Bolio said, pointing to the fluidity of forecasting. “Obviously, things can change after the letter is published.”

2 thoughts on “Education tax increase could be 8.3% if surplus funds not applied”