Our friends at New Hampshire’s Josiah Bartlett Center are applauding their state for being rated the most economically free state in the union, by the independent Fraser Institute in British Columbia, which has done the rankings for twenty years. Their Economic Freedom of North America report measures government spending, taxation and labor market restrictions using data from 2017, the most recent year of available data. 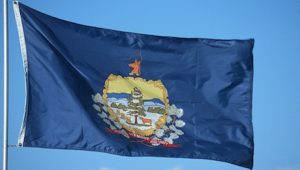 New Hampshire scored 7.93 out of 10 in this year’s report, well above its New England neighbors and far above lowest-ranked New York (4.49), which placed last for the fifth year in a row. Rounding out the top five freest states are Florida (2nd), Tennessee (3rd), Virginia (4th) and Texas (5th).

The Bartlett Center explained that low taxes and limited government generate freedom and prosperity. Fred McMahon, the report co-author and the Walker Research Chair in Economic Freedom at the Fraser Institute, said: “When governments allow markets to decide what’s produced, how it’s produced and how much is produced, citizens enjoy greater levels of economic freedom.”

How wonderful it would be if a majority of our political class spent as much effort on making Vermont economically free and prosperous, as they have trying to defeat the Menace of Climate Change.