A male UVM student accused of sexual harassment has brought a lawsuit against the university, alleging that the process that led to his one-semester suspension denied him of due process rights.

As reported by the Burlington Free Press, an unnamed student, “John Doe,” was accused by a female student of groping her at an off campus party. After she reported the alleged incident, an investigation began that eventually led to him being suspended for the fall 2017 semester despite a lack of proof and an alleged mishandling of the investigation. 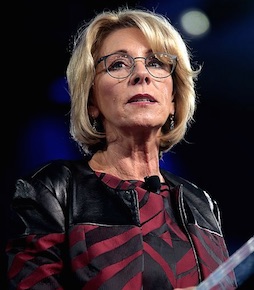 Doe had no lawyer present during his questioning, and it is unclear if he even knew he had a right to one. Furthermore, he was questioned during the sanctioning hearing about the accusation even though it was made clear that that was not going to happen. Finally, there was no definitive proof of the allegation other than the complainant’s word and hearsay statements. The crux of the lawsuit is that UVM exhibited anti-male bias in levying sanctions against the accused male.

The level of anti-male bias displayed at universities is alarming. It was exacerbated by former President Barack Obama’s “Dear Colleague” letter, which made changes to Title IX protections that eroded due process rights.

For example, the new guidelines reduced the burden of proof in sexual misconduct cases from “clear and convincing evidence” to a “preponderance of the evidence,” which simply means it is more likely than not that the accusation is true. Finding guilt based on a “more likely than not” burden of proof is not good enough when allegations of this nature can cause irreparable harm to someone’s reputation.

Thankfully President Trump’s Secretary of Education Betsy DeVos put an end to Obama’s reckless Title IX guidance. It is crucial that when someone is accused of wrongdoing, guilt is not predetermined and due process rights are upheld. Everyone is innocent until proven guilty. If there is evidence that proves the allegations to be true, then punishment is appropriate. But if there is not convincing evidence, then the accused must be assumed to be innocent.

In this country, due process is among the most important rights we enjoy. Rights of the accused are vitally important in order to ensure innocent people are not punished. As William Blackstone said in 1765, it is better that ten guilty persons escape than one innocent person suffer. That principle is just as important now as it ever has been, and ever will be.

5 thoughts on “Campus Watch: Due process is among the most important rights we enjoy”