With Vermont set to pay $31 million in incentives for districts that agreed to merge under the state’s education consolidation law, critics of Act 46 say the payouts are unfair and hurt poor rural areas.

The state’s 2015 district merger law came with many sticks and carrots, among them tax incentives for districts that merge early.

Now those incentives are starting to kick in. The Joint Fiscal Office reports that $25 million in homestead tax incentives will be drawn from the state’s education fund through 2019, along with $6 million in grants to help mergers along.

But some critics say the money violates equity in educational financing, a concept mandated by Vermont law. 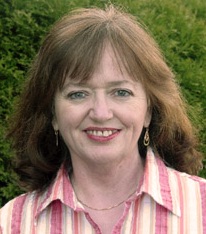 “Everyone’s going to pay more in [to the education fund], and the places who have merged are getting a break out of that, and the places that haven’t merged, the poorer places, aren’t getting the break.” Margaret MacLean, former State Board of Education member and current Peacham Act 46 Committee member told True North.

“So they are subsidizing the places who are merging, putting in more to cover these tax incentives,” she added.

MacLean, who has served in education for four decades, has been vocal in her opposition to Act 46. She says rural, less wealthy communities have the most trouble making a merger happen, in part because such schools have complex governance structures in which union schools, independent schools and school choice communities are mixed together.

David Kelley, former Hazen Union School Board chair, agrees the incentives discriminate against rural areas of the state, and says Act 46 may violate the Brigham decision of 1997, which set precedent for strict equity in educational financing across all communities regardless of economic background.

“It said money should be distributed on a fairly equal basis,” he said. … “Quite frankly, I’m not sure that the State Board of Education even has the power to order mergers.”

He said according to the state’s constitution, towns are “obligated to supply a competent education for their students.” While the state can permit fewer schools, it can’t order schools to close, and funds have to be used equitably.

“I think there’s a real constitutional issue here if any of the districts want to challenge them,” Kelley said.

But Washington Northeast Supervisory Union superintendent Mark Tucker says while the $31 million is higher than was expected, it’s not inherently unfair to any particular district or town.

“That increase is paid by all communities, including those who merged and received the incentives,” he said. “So calling this a burden on the non-merged towns is not accurate — everyone is paying for the incentives. Communities that chose not to merge knew they were forgoing incentives.”

He added that $31 million equates to about $10 million per year, or an approximate annual increase of one cent on the property tax rate.

However, in an interview with True North over the summer, Tucker admitted that the merging process is not a level playing field.

“Rural communities have some problems which the big towns don’t have,” he said. “Geographic problems, transportation problems.”

Currently, about three-quarters of school districts in the state have agreed to some form of a preferred merger in accordance with Act 46. That trend is what’s driving the high burden on the education fund.

Agency of Education finance manager Brad James told VPR this week he was surprised by the amount of money sought from the education fund. “I don’t think we really knew how much money was going to be used as tax incentives, and how much tax money would be lost from the fund,” he said.

MacLean insists the incentives raise legal questions. “If poorer places are having to raise their taxes to subsidize richer places, that jeopardizes the Brigham decision which equalizes education funding,” she said.

She said she has other complaints about Act 46, including the oft-repeated claim that it saves taxpayer money.

“There’s nothing in place to measure how much it’s costing and how much it’s saving, if it’s saving anything at all,” she said. “There’s a lot of talk about potential savings, but there’s no documentation of actual savings from a merger.”

Act 46 is presently being challenged in court. Lawsuits have been filed by a group of former school board members from Franklin and also by Washington resident H. Brooke Paige.