This commentary is by Don Turner, a former Republican state representative from Milton, former House minority leader, current Milton town manager, and longtime member of the Milton Fire and Rescue departments. He was a candidate for lieutenant governor in 2018.

Our education funding system is broken. We all know it.

Ever since the passage of Act 60 in 1997 and Act 68 in 2003, Vermonters have been perpetually frustrated with our education financing system. And for good reasons. Vermont has the second highest property tax burden in the nation. Marry that with a declining student population and wild inequality in educational opportunities and outcomes between different regions in the state.

The property tax burden and the declining student population represent the dangerous trends Governor Scott has pointed out, emphasized by his Administration’s calculation that we’re losing (on average) three students every day. 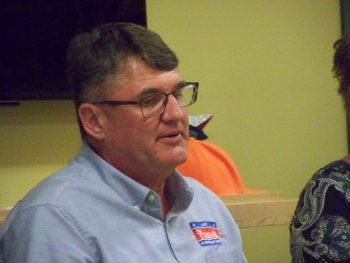 However, this coming legislative session, we have a real opportunity to fundamentally change the way we fund education in Vermont in a way that will reduce overall property tax rates, reward wise spending decisions, and reduce inequalities.

The root of the problem is the way education is paid for under the Act 60/68 model. Currently, we have a fundamental disconnect between the budgets Vermonters approve and the property tax bills they pay.

The Vermont Department of Taxes estimates that approximately 68 percent of Vermont households are insulated from the full effects of a property tax increase, thanks to the so-called property tax adjustments like the Income Sensitivity program. Put simply, a vote for a dollar more of education spending doesn’t equate to an equal impact on one’s property tax bill.

Compounding this problem is the use of a statewide Education Fund, where the spending decisions of one town impact the property tax rates of another town. In theory, this erodes local control. But in reality, it does much more than that: the Act 60 tax structure encourages spending increases that are unsustainable in the long run. Specifically, the Act 60 calculation of tax rates is based on “equalized per-pupil spending” when only roughly a third of this spending is actually supported by homestead property tax payers. Representative Scott Beck of St. Johnsbury correctly points out that this “has created the undesirable effect of increasing homestead property tax rates for the lowest spending districts and reducing rates for the highest spending districts.” Put simply, our entire education financing system is based on a backwards incentive that drives up costs for low-spending districts.

There are two major steps to address these systemic issues. The first is to reverse the flawed incentive between districts. Rep. Beck has introduced H.198, which would do exactly that by creating a base spending amount for all districts and then apply the tax rate to only spending above the base amount. This would have the effect of rewarding districts that spend realistically, instead of punishing them.

The second step involves confronting the insulating impact of the property tax adjustments (PTAs). We currently spend roughly $170 million total on PTAs. That $170 million is tacked onto your property tax bills.

If we reduce the size and scope of these adjustments, we can both a) more closely align school budget voting decisions with actual tax bills and b) reduce statewide property tax rates across the board. There are a number of ways to find efficiencies in the Income Sensitivity program. A small step in the right direction would be to asset-test Income Sensitivity adjustments, saving taxpayers an estimated $5 to $7 million a year in property taxes. We could also reduce the maximum PTA amount, or cap the upper end of the PTA income threshold at a more reasonable level. In any one of these scenarios, we would both better align incentives and achieve millions in savings for property taxpayers.

Our education financing system is on a trajectory that, if unchanged, will continue to drive up costs and widen inequalities, despite a declining student population. With two simple changes to our education funding formula, we can change course without gutting public school spending, hiking property taxes, or compromising the quality of our education system.

It’s long past time we take these common-sense steps to fix the way we fund education in Vermont. Let’s unite around this effort, instead of continuing to open painful pieces of mail that contain ever-rising tax bills.

10 thoughts on “Don Turner: A chance to reform education funding”