FRANKLIN, Vt. — Vermont’s Act 46 school district consolidation law has been attacked from several angles since its enactment, mostly because many schools find it difficult to merge.

But a new challenge has arisen that questions the very legality of Act 46.

Acting on behalf of a statewide group of school board members, Jay Denault, former chairman of the Franklin Northwest Supervisory Union, has filed a criminal complaint about the law to the U.S. Department of Justice. The complainants argue that Act 46’s many incentives and penalties intended to push school mergers may violate federal law.

“Under the color of law the Vermont Legislature engaged in activities which led to the passing of State Act 46 without giving due consideration to the language of the said legislation being in violation of current Federal Law,” the complaint states.

Some penalties in question include the loss of small-schools grants and higher school property taxes. Incentives under review include tax relief from the state education fund for communities that approve preferred model mergers earlier than other schools.

“To me, it didn’t seem to make a lot of sense that a lot of the parts of Act 46 were actually engaged in activities that would compensate voters for an affirmative vote,” Denault told True North. “Something about that just didn’t feel right. … We discovered that there are laws that prevent interference with the vote of a public balloted issue.” 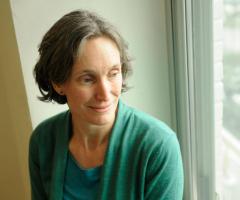 Vermont Education Secretary Rebecca Holcombe has not commented publicly about the involvement of the U.S. Justice Department in Act 46.

Denault said the complainants have been receiving additional follow-up questions from the DOJ since the late-June filing, which alleges Act 46 violates three three federal laws. One of these laws is 18 US Code 594, which regards intimidation of voters.

“Whoever intimidates, threatens, coerces, or attempts to intimidate, threaten, or coerce any other person for the purpose of interfering with the right of such other person to vote, or to vote as he may choose shall be fined under this Title or imprisoned not more than one year, or both,” the law states.

Another federal law is US Code 52B, which regards prohibitive acts. The third is the Voting Rights Act of 1965, as amended by Section 11B.

“The 52B and the Voting Rights Act include the language ‘under the color of law,’ which specifically addresses a government agency taking it upon themselves to pass laws that are in violation of federal laws,” Denault said.

He said what the DOJ needs to specify is whether these federal laws are only regarding elections of political candidates or if they pertain to all balloted initiatives.

“There’s a lot at stake here. If they don’t make it clear that the law pertains to all balloted issues, then I as a legal voter in the state of Vermont could go to a polling place and hold up a sign stating that my vote is for sale,” Denault said.

One cosigner of the complaint, James Jewett, also from Franklin, says a decision needs to come soon because Act 46 merger deadlines are coming fast.

“It’s generated tons of controversy now, but as we progress towards the deadline (for Act 46 mergers), I think things are going to heat up a lot more,” he said. “We feel very deeply that our concerns are valid and I believe that they will take a look at it. Now, how long it will take, what it will yield, remains to be seen.”

Denault said the complainants have attracted dozens of allies in this effort, one of whom is Susan Hall Parent, a member of the Enosburg School Board.

“Instinctively, (Act 46) feels very much like its coercing votes, bribing votes — ‘do this and you get this and if you don’t then you get a penalty.’ So, I mean, it seems like there’s got to be something wrong here.”

In particular, Parent took aim at the tax breaks for schools that approve mergers early.

“Well they call it an incentive, and then later on if you look at the Agency of Education they are saying it’s to offset the expense of merging. So, right then and there, you see that there’s an expense to merging that’s being alluded to that you don’t officially hear about.”

Vermont Secretary of Education Rebecca Holcombe did not return True North’s request for comment about the involvement of the U.S. Justice Department.

Denault said there’s potential for more legal challenges to Act 46 down the road. For instance, he said the legality of the 706B committees (Act 46 implementation committees) also could be called into question because they are acting as public bodies but are not elected by the public.

“This is going to really call into question the validity of all those articles of agreement for merger plans — for mergers happening and those already put into place,” he said.

The legal challenges are coming into play just as concern is mounting over the unexpectedly high number of districts around the state that have yet to adopt any merger. A flood of non-Act 46-conforming schools could test the ability of the Agency of Education to implement its statewide consolidation plans.