A Maine physician who has testified before the Vermont Legislature opposing vaccine mandates has been ordered by the State of Maine to undergo a psychological evaluation in connection with prescribing hydroxychloroquine for Covid-19.

The Jan. 11 order by the Maine Board of Licensure in Medicine directs Dr. Meryl Nass to “submit to a neuropsychological evaluation by a Board-selected psychologist on February 1, 2022.” The charges against Nass outlined in the order do not appear to demonstrate mental illness or incompetency. 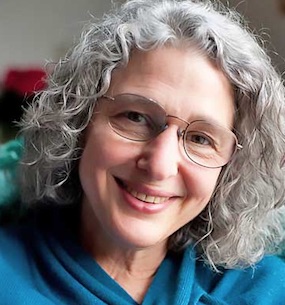 Nass told reporters last week that the order “is on shaky grounds.” The board also suspended her medical license in a separate Jan. 12 order.

Nass is a practicing, board-certified internist of 41 years who has testified before Congress several times about problematic vaccines, including an anthrax vaccine. She testified before the Vermont Legislature in 2015 against H.98, a bill sponsored by Rep. Dr. George Till to repeal the philosophical exemption allowing parents to send their children to school unvaccinated.

The bill passed into law (Act 37 of the 2015-16 Legislature) despite Nass testifying that “diseases change, vaccines change and science changes — continually. Taking away parental choice –mandating a procedure that occasionally has lifelong, detrimental consequences–should be done very deliberately. You must be fully cognizant of the potential future, as well as immediate, ramifications — not just for the current vaccine schedule, but for all the vaccines in the future that will be added to the schedule.”

Till is also the lead sponsor of H.148, a current bill to repeal the religious exemption for required immunizations. This bill — reputedly made necessary because parents deprived of a philosophical exemption then applied for a religious exemption — is in the House Judiciary Committee.

Why a psych evaluation?

In its Jan. 11 order, the Maine Board of Licensure produces a litany of complaints about Nass and then concludes, “The information received by the Board demonstrates [italics mine] that Dr. Nass is or may be unable to practice medicine with reasonable skill and safety to her patients by reason of mental illness, alcohol intemperance, excessive use of drugs, narcotics, or as a result of a mental or physical condition interfering with the competent practice of medicine.”

The State of Maine complaint can be read in its entirety here. In summary, the Board said Nass:

It remains unclear whether Nass will submit to a psych eval in order to keep her license. According to the Jan. 14 Miami Herald, she told reporters: “I have no comment about submitting to a neuropsych exam, except that the board ordered me to do so on shaky grounds.”