By Delphine Luneau | The Center Square

A majority of New York lawmakers were ready to remove Gov. Andrew Cuomo from office over misconduct allegations, a removal that was only averted by his resignation. But despite the near-universal condemnation of his actions as governor, Cuomo still stands to earn a substantial pension from taxpayers for his time in office.

News reports this week indicate that Cuomo has filed for his pension as the date when he has promised to resign, Aug, 24, draws near. 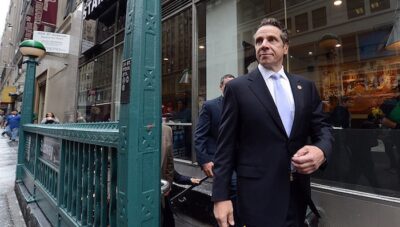 The Empire Center states that under current law in New York, the only thing that would imperil Gov. Andrew Cuomo’s pension is a felony conviction. Even if lawmakers had decided to proceed with impeachment proceedings after Cuomo left office, his pension would have remained unaffected.

According to an analysis by the Empire Center, a public policy advocacy organization, Cuomo’s pension will be based largely on his service time as a state government employee and his final salary. He has 15 years in office, four as attorney general and 11 as governor, and his current salary is about $202,000. Using the state’s formula, that amounts to an annual pension of about $50,000.

“Disgraced governors who are forced to resign over illegal activity should NOT continue to receive a taxpayer-funded pension,” the New York state Republican party wrote on Twitter. “… This is a completely common-sense concept with bipartisan support.”

The Empire Center states that under current law in New York, the only thing that would imperil Cuomo’s pension is a felony conviction. Even if lawmakers had decided to proceed with impeachment proceedings after Cuomo left office, his pension would have remained unaffected.

While Cuomo does face five different criminal investigations related to the sexual harassment allegations leveled against him by current and former staffers, even a felony conviction would not guarantee a forfeiture of pension. Following the conviction, a lengthy and convoluted legal and bureaucratic process would have to take place before the pension could be revoked.

State Sen. James Skoufis, D-Cornwall, has introduced a bill that would amend the state constitution so that an official removed by impeachment would automatically forfeit their pension. The Senate bill is cosponsored by Republican Sens. Mike Martucci and Dan Stec. An equivalent bill was introduced in the Assembly by Assemblymember Angelo Santabarbara, D-Amsterdam.

The amendment would have to pass in consecutive sessions of the Legislature and be approved by voters to go into effect; if enacted as it’s currently written, it would be retroactive and would apply to Cuomo

“If an elected official is so unfit to serve that legislators are forced to take the once-in-a-century step of impeachment, that official shouldn’t be allowed to feed off the taxpayers of New York State in perpetuity,” Skoufis said in a news release. “Why should an impeached official be held in higher regard than a janitor at the Department of Health or a typist at the Department of Environmental Conservation who commits a felony? They shouldn’t.”

Even if the constitution is amended, however, the matter becomes moot in Cuomo’s case if the Legislature does not proceed with impeachment. In the immediate aftermath of his resignation announcement, both Republicans and Democrats called for the impeachment probe to continue, but Assembly Speaker Carl Heastie, a longtime Cuomo ally, put the kibosh on the investigation, insisting there was no legal basis to continue once the governor is out of office.

“[W]e have been advised by [Assembly Judiciary Committee] Chair [Charles] Lavine – with the assistance of counsel – of the belief that the constitution does not authorize the legislature to impeach and remove an elected official who is no longer in office,” Heastie said in a statement announcing the decision Aug. 13.

Heastie and Lavine have since announced that the committee will release a report based on its incomplete probe, but they warned that the report would have to take care not to interfere with the ongoing investigations.

The end of the probe drew widespread condemnation from both sides of the political spectrum.

“Typical Albany insider shenanigans,” Martucci said on Twitter. “Cuomo’s impeachment suspended & the members of the committee responsible [were] not even consulted. He was never held accountable for his deadly nursing home order or corrupt book deal. Worse, this means he could try to run again in future. Pathetic.”

Despite the apparent end to any possibility of impeachment for Cuomo, Santabarbara still is pushing for the amendment to forfeit pensions to go forward.

“We’ve already passed legislation to ensure that elected officials who violate the public trust can’t retire at taxpayer’s expense and the same principle should apply to state executives who are removed from office, including Governor Cuomo,” he said in a news release. “It’s critical that we close this loophole that would allow a Governor like this to be impeached, removed from office and then retire on the public’s dime.”

One thought on “Despite resigning in disgrace, Cuomo stands to collect substantial pension”