BURLINGTON — While a new committee is being formed to review policies in response to accusations of police brutality, statistics from the Burlington Police Department show that very few police interactions involve a use of force, and only a handful of those require a review.

“It’s rare and it’s not just me saying it — it’s backed up by data,” City Councilor Adam Roof, I-Ward 8, told True North. “For last year’s data … there were about 30,000 interactions and less than 200 of those were reported as using force.” 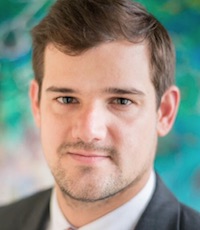 Roof said of the 193 incidents that took place in 2018, only a few warranted any review.

“It’s very few, just a handful,” he said. “When I say that, it’s not to diminish the impact of those individual instances.”

Roof added that force has “a pretty broad definition” and may include additional methods such as restraining a suspect for handcuffs, throwing punches, wrestling and firing a weapon.

“We’ve seen a number of these happen over the course of the past year, and I think any one of these incidents is terrible enough to cause significant harm — such that I think that even if one is taking place we absolutely have to take it seriously,” he said.

Two incidents dating back to September 2018 have stirred negative headlines and federal lawsuits for the city.

Mabior Jok and Congolese immigrant Jérémie Meli, both black men, were arrested in separate back-to-back altercations Sept. 8-9. While charges against both men were dropped, police body cam footage of the incidents has sparked a debate over whether police used too much force during the arrests.

Evan Chadwick, the attorney representing Meli and Jok, claims the police officers who were called to the scene did not follow proper protocols to de-escalate the situation.

City Council President Kurt Wright agrees with the notion that Burlington police officers use force responsibly, and that controversial altercations are extremely rare. 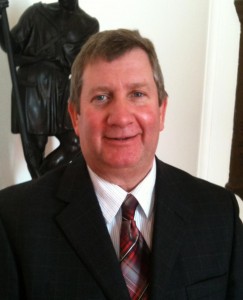 He said that while he supports the new committee to examine policy, he’s also concerned that leaders may be overreacting.

“I think there’s a danger that the police commission appointments [voted on last week] were part of the overreaction,” he said. “To remove two counselors that were by all accounts doing a good job, and one of which had only been placed on the commission about a year and a half ago approximately, [was too much].”

Wright said it was “very discouraging to citizens to replace these commissioners giving their own free time and then just be removed with no apparent reason.”

“It is really just a slap in the face to the citizens,” he said.

Wright, the only Republican on the 12-member City Council, is likely to be outnumbered as things develop with the new committee on policing practices.

“It used to be that we had some centrist-type progressives, but the progressives have taken a really sharp turn to the far left,” he said.

Wright said he hopes when all is concluded, the police will have public support and maintain the ability to do their jobs.

“The concern is that the men and women of the Burlington Police Department begin to feel under siege, begin to feel demoralized by what’s going on in the city,” he said.

4 thoughts on “Despite claims of police brutality, controversial use-of-force incidents are rare in Burlington”