While Republican candidates were first to throw their hats into the ring in the race for lieutenant governor, this week a slew of familiar Democrat politicians emerged ready to take the baton from outgoing Lt. Gov. David Zuckerman.

The race for lieutenant governor started the first week of the new year in a torpor — Democrats and Progressives had yet to field any candidates for the second-from-the-top post, and the mainstream media didn’t give Republican candidates much notice.

That changed by the second week of the new year, as the race heated up on both sides of the political aisle.

Lt. Gov. David Zuckerman, a member of the state’s Progressive Party, sent an email to reporters on Monday announcing that he would run for governor against incumbent Republican Gov. Phil Scott. While that opened a door to a serious challenge from Republicans, left-leaning candidates have since begun coming out of the woodwork.

The first Democrat to announce his candidacy was state Sen. Tim Ashe, a resident of Chittenden County, who serves as the powerful Senate president pro tempore. 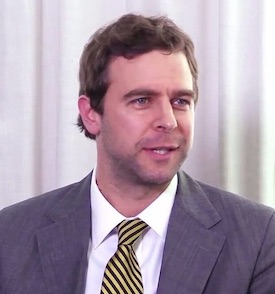 Other Democrats are expected to announce their bids in the coming days. State Sen. Debra Ingram, D-Chittenden, and Assistant Attorney General Molly Gray are rumored to be likely run for office.

Progressive Party activist Brenda Siegel announced Jan. 10 that she, too, will run for the office. In 2018, she came in last in the 2018 Democratic primary for governor.

On the Republican side, Meg Hansen, Dana Colson and Dwayne Tucker are running for the open slot. State Sen. Corey Parent, R-Franklin, is also considering his options to join the race.

According to the Vermont Democratic Party spokesperson Christopher Di Mezzo, the 2020 lieutenant governor’s race is setting up to be a cakewalk for liberals.

“We’re encouraged by the candidates in the GOP — we’re heads and tails above them,” Di Mezzo told True North this week in an interview. “Democrats have a deep bench across the board in statewide positions already in Vermont.

“But we can’t say the same thing about the Republicans. Regarding the opponents on the right, the candidates just aren’t of the same caliber as Tim Ashe, or for that matter, any other Democrat that might run. We surely expect to keep the lieutenant governor’s seat and I believe we’re likely to win the governorship this year.”

Di Mezzo said he expects anywhere from two to five more candidates on the left to announce their candidacies.

“That’s why we expect a very active primary,” he said.

Di Mezzo says the Democrats’ chances for getting control of the two top statewide offices are increased due to the governor’s performance.

“Governor Scott’s three years in office have proven him to be nothing more than a passive obstructionist trying to get reelected,” Di Mezzo said. “Since taking office, [he] has done little more than paint a dire picture of the state of our state — reducing Vermont’s stature in an effort to elevate his own.

“At Scott’s first real chance to make Vermont a more affordable and attractive place for young people to live, he vetoed legislation that would give folks a raise and guarantee workers a fair paid leave program. This governor claims to be watching out for Vermonters and yet he has proven to care more about corporate interests than the interests of the people who elected him.”

Energized by its field of candidates for 2020, Vermont Republicans have three conservatives to consider in the upcoming primary.

According to GOP candidate Meg Hansen, the 2020 race for lieutenant governor’s is not about the left versus the right, but about the past versus the future.

“[Senator Ashe] … illustrates the deep divide between the prison guards of the past and our forward-looking, Small Towns-Big Hearts campaign,” she said in a statement last week. “I entered this race expecting to take on an entrenched incumbent, not to capitalize on political opportunity.”

Hansen believes more Vermonters are seeing Democrats and Progressives as the status quo in state and local politics.

Hansen, Colson and Tucker appear to be in agreement when it comes to the iron grip Democrats and Progressives have had on the state. The three GOP candidates support Vermonters’ freedom to choose their health care plans, schools, and work environments; they also want more robust state policies to create a stronger pro-business climate statewide.

“We need systemic change in our government and a fundamental shift toward servant leadership,” Hansen said.

According to one of the Vermont Republican Party’s patriarchs, John LaBarge of Grand Isle, there’s 500-pound gorilla in the room when it comes to all 2020 statewide races including governor and lieutenant governor: it’s the staggering influence of Chittenden County’s overwhelmingly liberal voters.

LaBarge points out that Chittenden County is currently controlling the entire state of Vermont due to its apportionment of Democratic and Progressive representatives.

LaBarge has compiled a list of statewide offices being occupied by people from the overwhelmingly left-leaning county.

“To date, I count 31 House members, six senators, the lieutenant governor, the states attorney, the secretary of state, and auditor of accounts — all from Chittenden County,” LaBerge said in an email. “ … They control one-fifth of the Senate and 20.6 percent of the House.”