She teased the announcement in an email sent to True North ahead of her official campaign launch, expected this week.

In a pre-recorded audio campaign pitch sent to True North, Hansen says it’s time for a change in the Green Mountain State. The political class in Vermont is acting against the interests of the people, and the answer is to redirect the state back toward economic and personal freedom. 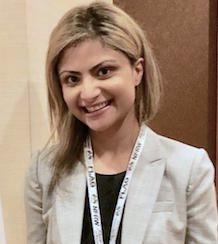 READY TO RUN: Meg Hansen, the former executive director of Vermonters for Health Care Freedom, has indicated that she is going to run for lieutenant governor.

“In 2018 Vermont ranks fourth-highest in overall tax burden and it is the second-worst [state in which] to start a business — this is the opposite of economic freedom,” she said. “We need to enact tax reform because lowering taxes is the number-one way to foster a pro-growth, diverse business climate.”

On the issue of health care, Hansen said lawmakers need to expand Vermonters’ freedom to choose health insurance plans, which should be better customized for each individual and family. State leaders also need to reject “monopolies” comprised of the hospitals and insurance companies.

In particular, she criticizes the state’s sole accountable care organization, OneCare Vermont. The newly created ACO is an “all-payer” system with money pooled together from Medicaid, Medicare and private insurance. Unlike the traditional fee-for-service model, the OneCare all-payer model pays doctors and hospitals a flat, annual, per-patient fee while focusing on preventive care and cost containment. OneCare’s goal is to deliver higher quality health care with lower cost increases.

“The all-payer model is simply a backdoor to single-payer [one provider, no competition],” she said. “With this investigation, I helped uncover this experiment’s incorrect and incomplete health information data and technology, the shocking absence of accountability from OneCare, and an embarrassing lack of oversight from the Green Mountain Care Board and other health care authorities.”

On education, Hansen says the best way to drive down costs and increase quality is by allowing for more school choice in all communities. She also said Vermonters should be able to “hold local and state education authorities accountable regarding school budget and spending decisions.” 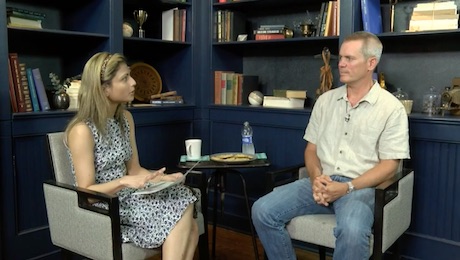 As of late, Hansen has been active in media. She is the creator and host of YCN Network’s “Dialogues with Meg Hansen” and has written numerous commentaries published in Vermont news outlets.

Toward the end of her audio pitch, Hansen blasts the state’s political class for using social justice claims and climate catastrophe rhetoric to spook Vermonters into keeping silent and accepting higher costs of living.

“We live in an age of Wokedom and cancel-culture where the media and cultural leaders demand thought-conformity, stamping out all dissent,” she said. “It’s no accident that our zeitgeist is topsy-turvy.”

She added: “They need us disoriented, drugged, docile, desperate and dependent. That’s how the political class stays in power.”

Hansen also said state officials “agitate against us” in the name of climate change.

“They wrongly pit our economic development against nature; they use the specter of climate catastrophe to demonize us and to restrict our ability to flourish,” she said. “The problem of impending catastrophe is dishonest, but their proposed solutions are worse — they are immoral.”

She added that progressive policies like the Transportation and Climate Initiative (TCI) and banning plastics will ultimately drive out low-income Vermonters.

Hansen was born in India and lived in United Arab Emirates, Italy and Norway before coming to Vermont. She said she wants the state to strengthen its rural, blue-collar and middle-class roots and reject elitism.

Hansen is expected to make her official announcement to run for lieutenant governor on the Republican ticket Tuesday.