This commentary is by Deb Billado, chairwoman of the Vermont GOP.

While attending Middlebury College a young man became so gripped and compelled by the righteous cause of the abdication of slavery that he put on hold his own advancement to follow President Abraham Lincoln’s call for young men to enlist in the army to fight for freedom in America’s Civil War. That man’s name was John Mead.

Returning from the war, Mead completed his studies at Middlebury and went on to get a medical degree from Columbia University, before eventually returning to Vermont to become the chair of the UVM Medical Department. 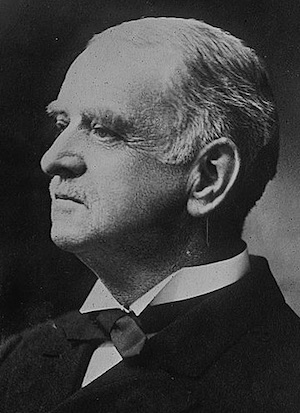 As a Republican, Dr. Mead served several years in the Vermont House and then the Senate. He also served in two statewide roles, first at lieutenant Governor, before becoming governor in 1910. He oversaw some important changes for the better in our state including redistricting, the registration of nurses and providing for a direct primary, instead of the smoke-filled back-room deals that had characterized politics of the previous era.

After a term as governor, Mead went on to pursue several other businesses opportunities, and he decided to share much of his success with the little college that helped him get his start, Middlebury College. One of the landmarks of Mead’s thankfulness and appreciation to his alma mater was the significant contributions he made to help Middlebury build a new chapel on campus. In 1914 Mead contributed first $60,000, then later a second gift to finish the work of another $15,000. In today’s dollars that would be a gift of over $2,000,000 according to usinflationcalculator.com. And in appreciation of his substantial gift, the chapel became known as “Mead Chapel.”

Earlier this week, Middlebury College removed the name of Vermont Governor John Mead from the chapel that has embraced his name for over a century. In fact, Mead’s name was removed in the dead of night under the cover of darkness with no forewarning or prior discussion.

At issue were remarks from more than 100 years ago that Mead made regarding the eugenics movement. The serious harm caused by pro-eugenics comments cannot and should not be understated. They are deplorable, and the Vermont Legislature was right to condemn them (as it did recently). But this is particularly ironic given Middlebury’s own troubled history with eugenics, having offered eugenics courses in its now-defunct zoology department once upon a time.

Should we rename Middlebury College itself?

Or should we demand that all college students at Middlebury — or at any Vermont school — toss out their economics textbooks which reflect the views of Keynesian economics? After all, John Maynard Keynes was a famous eugenicist. Or how about the works of Prime Minister Winston Churchill, civil rights leader W. E. B. Dubois, President Teddy Roosevelt, or our own Calvin Coolidge — all of whom also echoed sentiments that could be construed as eugenicist at one point in their lives? Don’t forget eugenics was settled “science” a century ago.

Put simply, where are the lines drawn? And who among us is prepared to hand over to some committee or group of elite college liberals the right to determine what portions of history should be erased and what portions should be preserved?

Ironically, Governor Mead was one of the most progressive governors at the turn of the 20th century. He established funding for the Austine School for the Deaf and Blind. He strengthened child labor laws. He pushed for criminal justice via parole reforms. He established a direct primary and advocated for campaign finance reform. Should we undo and ignore all of these measures? Are they suddenly tainted because of one set of remarks from more than a century ago?

Let’s put an end to tearing down the past, and let’s work together to build a better future for all Vermonters.