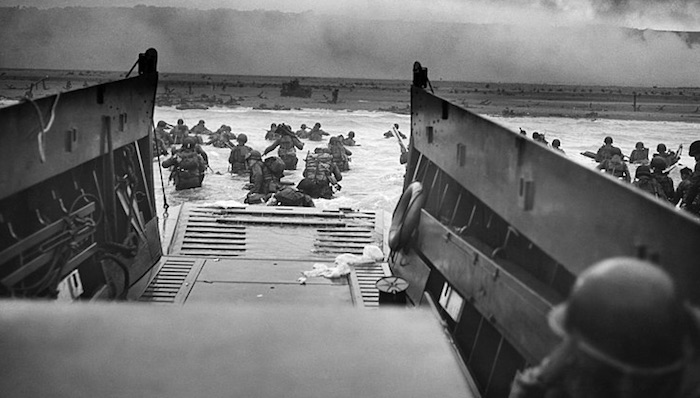 If a solider, sailor or airman was 17 on June 6, 1944, in Normandy, and still alive today, he or she would be 92 years old. It would be remarkable and, at the same time, quite sad.

Sad because, in the next few years we will have no living witnesses to what has been described by historians as one of the greatest military achievements of all time – the Normandy Landing in France, on June 6, 1944.

The invasion was also a costly encounter for the United States and its Allies — thousands perished on that day and the weeks and months that followed.

The  invasion was the culmination of almost three years of Allied planning. The goal was quite clear: bring an overwhelming force to the beaches of northern France. Once there and secured, the armed forces would work their way to Germany and bring WWII in Europe to an end.

The massive landing force, made up of over 5,000 ships and hundreds of thousands of troops, did precisely that over the next 10 months. The courage, dedication and competence of all who were involved continues to reside in the minds of many. They are referred to as “the Greatest Generation.”

Whenever we read about June 6, our focus is centered on what had taken place on the beaches of Normandy and the scale of the operation. What is not often mentioned is what was occurring in other world locations at almost the very same time. In hindsight, it was a brilliant manifestation of the leadership and ingenuity of America and its Allies.

In the weeks leading up to the Normandy Landing, on June 4, General Mark Clark’s massive military force was entering Rome to bring an end to the Axis’s occupation of Italy. Halfway around the world, on June 15, 1944, the U.S Navy and Marines brought their might to the Japanese-held island of Saipan.

And of course, we must not overlook the importance of what was also taking place in Burma (Myanmar), where in late 1944, Britain’s Earl Mountbatten’s army was preparing to remove the Imperial forces of Japan from Southeast Asia.

Northeast of where Mountbatten was engaged was another major effort to bring an end to the war. It was in late August of 1944, two months after the D-Day invasion, that General Douglas MacArthur’s forces went back to the Philippines having surrendered the island nation in early 1942.

And on Aug. 15, 1944, some of the very same naval forces that were at Normandy brought the second front to southern France, in Operation Dragoon. The scale of what was taking place throughout 1944 by America and its Allies seems almost inconceivable today.

On the 75th anniversary of the Normandy Landing, there will be many events marking the significance of what had taken place and memorializing the lives lost. Sometime during the ceremonies, I would hope that there is some reflection on what it took to accomplish such a massive undertaking — in Normandy and throughout the world.

While almost no one would wish to see such a conflict ever occur again, what was also present in 1944 was something quite special and not readily apparent today.

In 1944, nations pulled together to bring an end a common threat to their very existence and way of life. It was not only governments, but individuals, families and neighbors who were willing to do so and make huge sacrifices for almost four years.

It would be a real shame to let the significance of June 6 be ignored. There are many worthwhile lessons that we could learn from it. Foremost, of course, would be to guard against ever having the world experience such a conflict. Another would be to have in place today comparable leaders that were present in the early 1940s — in political, civilian, government and military institutions. And most important would be to become a nation that is willing to work as one to resolve the threats that we face in 2019.