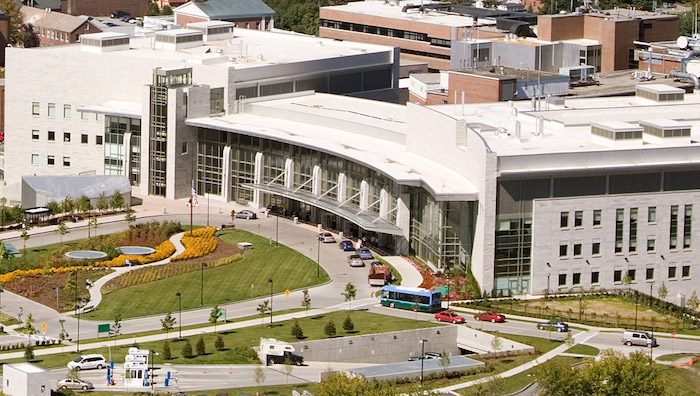 ELECTIVE ABORTIONS: The UVM Medical Center Board of Trustees determined that the hospital will no longer limit abortions to scenarios when it’s medically necessary.

Members of Vermont Right to Life are speaking out against a policy shift at UVM Medical Center that now allows elective abortions, even up till the end of a woman’s pregnancy.

For 46 years, the University of Vermont Medical Center has performed abortions only on a medical-need basis, meaning there must be a health-related reason for one to take place. Last summer, the policy changed quietly “under the radar,” according to critics at Vermont’s leading anti-abortion organization, and few Vermonters know about it.

“I was not aware that they had changed their policy, or that they were getting ready to change their policy,” Michele Morin, a board member for Vermont Right to Life, told True North.

“It was not made known. I knew there were elements in the community that would like to see every hospital offer elective abortions in the late trimesters, I knew that there was a push for that. But I had no idea that they had made so much progress,” she said.

Morin, who also works as a conference assistant at UVM College of Medicine’s Office of Continuing Medical Education, said the policy shift happened at the medical center’s board of trustees quarterly meeting in September, when the board voted to drop the medical-need condition.

Mary Hahn Beerworth, executive director of Vermont Right to Life, said the change to being an abortion provider happened without any warning to the public or hospital staff.

According to Beerworth, this coincides with the arrival of Allie Stickney, the new chair of the UVMMC Board of Trustees. Stickney was the former CEO of Planned Parenthood of Northern New England, and she also worked in high-level Planned Parenthood positions in New York and Oregon as well.

In a recent op-ed, Beerworth said in some states the “hospital boards would recognize that Allie Stickney’s devotion to abortion advocacy could represent a conflict of interest.”

“It would be inappropriate if UVMMC would allow the reversal of decades of abortion policy based on Stickney’s influence. Yet the question must be asked, is Allie Stickney unduly influencing the Board of Trustees?” she wrote.

Beerworth told True North that at least two surgeons were blindsided by the decision and have threatened to leave their positions. She said the individuals are not ready to go public, however.

Late in pregnancies, the only way to perform an abortion is through a violent dismemberment of the baby. Since Vermont has no law dictating how late an abortion can occur, the current policy at the hospital is to allow them up to 23 weeks and then consult an ethics panel for anything beyond that. Beerworth suggested this panel may be little more than “a rubber stamp” on abortion requests.

This move at UVM Medical Center comes after Planned Parenthood-affiliated employees in 2015 were caught on video discussing the sale of aborted baby body parts to any research labs willing to pay up.

Vermont’s Planned Parenthood has had its own controversies, according to Vermont Right to Life, including campaign finance law violations and alleged promotion of sexuality for teens. Going back as far as 1989, the abortion provider experienced a public outcry over the a “Safety Dance” for high school students, and in 2005, the organization’s “Man Phone” website was shut down by the Vermont Health Department after it was linked to pornographic material.

Beerworth said another concern is that hospitals across Vermont are striving for increased uniformity in their policies, and having UVM make this switch could be precedent-setting.

“Is every hospital going to start with elective abortions?” she said. “It’s a pretty radical move after 45 years of a different policy.”

Morin said bringing this to UVM has the effect of normalizing abortions.

Beerworth noted the hospital sought grant money from the Kenneth Ryan Foundation, a move she claims is related to this policy shift.

True North reached out to a spokesperson for the hospital’s board of trustees and received the following following statement:

“The UVM Medical Center’s primary mission and core responsibility is to serve the health needs of our patients. The elimination of the 1972 policy — which had been the only board-level policy dictating clinical care — leaves these clinical decisions to be made between patients and their providers. Patients can now access comprehensive family planning services without having to be referred away from their medical homes.”

“Planned Parenthood is pleased with UVM Medical Center’s decision to start offering elective abortions,” she said. “Our mission is around having access to the full range of reproductive health care available for women, and what UVM Medical Center has done in changing their policy will increase access and we fully support that move.”