The California Secretary of State’s Office confirmed Monday that it has received and verified enough signatures to trigger an election for the removal of Gov. Gavin Newsom from office.

Secretary of State Shirley N. Weber said Monday the threshold of verified signatures reported by counties had been met and exceeds the required amount of 1,495,709.

“A recall election will be held unless a sufficient number of signatures are withdrawn,” Weber said.

Newsom, a Democrat who has characterized the effort as a “Republican recall,” issued no immediate comment. His campaign to fight the recall said in an email that quoted Newsom as saying, “I am not going to take this fight lying down.” 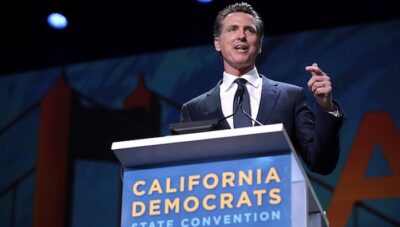 “There is too much at stake, and I intend to win,” Newsom said in the fundraising appeal. “If these right-wing recall leaders are successful, it would mean risking the progress we are making fighting the pandemic. It would mean turning the state over to anti-mask, anti-vaxx, pro-Trump extremists.”

County election officials have until April 29 to finish verifying signatures. After a few administrative steps, Lt. Gov. Eleni Kounalakis would then set a date for a recall election.

Voters would answer two questions on the ballot. They will be asked a simple yes or no question: Do they want to remove Newsom? Next, they would also be asked to select one of several candidates listed on the ballot as a replacement. According to state law, removing Newsom requires a simple majority vote. If that happens, whichever candidate receives the most votes on the second question would become the next governor.

“The people are speaking and they are being heard,” Cox said in a statement. “The recall of Gavin Newsom is happening. We are going to shake up Sacramento and take California in a new direction. We are going to lower taxes, make our state more affordable, and put the people ahead of the insiders.

“The People of California have done what the politicians thought would be impossible,” Heatlie said in a statement.

More than 30% of the signatures gathered came from Democrats, those who declined to state their party affiliation, those who are not registered with any political party, and registered Libertarians.

“This is an achievement of historic proportions: our country’s largest ever signature drive and our state’s greatest ever citizens movement,” Republican state Assemblyman Kevin Kiley, also at the forefront of the recall effort, said in a statement.