Vermont GOP candidates for office may have an opportunity to promote their fiscally conservative messages as businesses and personal freedoms continue to be suppressed during the ongoing coronavirus shutdown.

The Republican Party in Vermont has recruited more candidates for office this year than in 2018, including about 112 candidates for House and Senate seats and more than 20 for federal, state and county offices.

“As our state and nation are faced with unprecedented challenges, it is imperative to have a representative who will fight for our constitutional rights, be fiscally responsible, promote American business, support our agricultural community and use common-sense and flexibility to advance legislation that will provide for the health, safety, and security of our nation,” she said about her decision to run again. 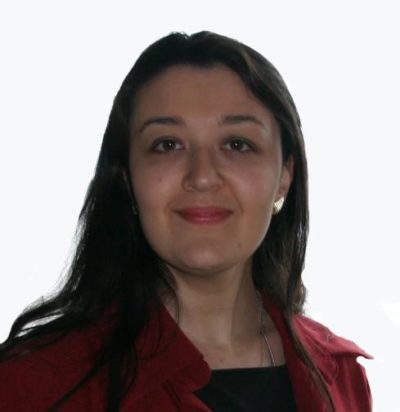 OPPORTUNITY KNOCKS: Republican Anya Tynio of West Charleston says conservatives could have a better voter turnout this election season because voters are more awake and paying attention. She is running for U.S. House against Rep. Peter Welch, a Democrat.

She added that the current extent of the economic lockdown may be excessive as the coronavirus death tolls remain low compared to early modeling. However, the economic shutdown imposed by Gov. Phil Scott over fears of the virus has caused Vermont’s unemployment rate to rise to 15.6% in April — a record high.

“It does appear to be a disproportionate amount of regulations compared to the actual threat that we are experiencing,” she said. “We are very happy that we did not get a very overwhelming caseload but it is important that Vermonters are able to live their lives and feed their families and get back to work.”

While states across the nation continue to open slowly, a poll from late April indicates that 72 percent of Americans will reach their breaking point if the lockdown continues into June.

Justin Tuthill, of Pomfret, is also a Republican running for U.S. Congress.  He has worked in education, airlines, and health care. On his campaign page, he says that the effects of the shutdown will have lasting impacts on the economy.

“We may be entering a new period, while life will return to normal for the majority of the country, the economic ramifications of our response may be felt for some time,” he said.

In the race for lieutenant governor, the GOP has two candidates running — Dana Colson, a business owner from Sharon, and Meg Hansen, a former executive director of Vermonters for Health Care Freedom.

Colson, who came into the public eye after the tragic murder of his teenage son, says he is focused on saving the rural economy. He warns that Vermont is facing dire economic consequences if the shutdown continues for too long.

“If this shutdown lasts months we will be in for a depression,” he wrote. “Vermont has already suffered from years of big government socialist spending, to the point of businesses and native Vermonters fleeing the state due to high taxes, high cost of living and lack of high paying jobs.”

Hansen has focused her critiques on the new “All-Payer” health care system, which changes paying for medical services from a traditional fee-for-service model to a new value-based reimbursement model.

“We begin this battle with two serious handicaps,” she wrote in a recent commentary. “First, Vermont administrators impose a slew of draconian regulations that have restricted the supply of health resources for years. Second, the rationing of various health care services has been taking place since the creation of Vermont’s All-Payer Accountable Care Organization (ACO) model in 2016.”

On the Democratic Party side, former secretary of education Rebecca Holcombe and Bennington lawyer Patrick Winburn are each running for the lieutenant governorship. Holcombe has posted on Twitter that she believes the coronavirus is dangerous enough that it warrants sending absentee ballots to all registered voters in the state. Winburn said back in April that he expects that traditional large-crowd campaigning may come back by mid-June.

In the race for governor, outdoor sportsman and activist Kevin Hoyt, of Bennington, says Vermont’s response to COVID-19 has been overblown.

“We locked down because we listened to the science and we were supposed to get 2 million deaths, but we found out they lied to us,” he said. “The numbers don’t match the response.”

He added that increased drug abuse, suicides, depression, and other economic and social consequences are going to have a more severe impact on Vermonters than the virus.

John Klar, another Republican candidate for governor, recently wrote in an op-ed that many of the governor’s lockdown measures are likely unconstitutional.

“[Gov. Phil Scott] has imposed the coronavirus restrictions via gubernatorial edict, not democratically-enacted statutes,” he wrote.

7 thoughts on “Conservative candidates could capitalize on overzealous coronavirus lockdown”