The Vermont Climate Council has met just three times, but already concerns have surfaced about white supremacy and conflict of interest.

The Global Warming Solutions Act, passed by the Legislature last year, created the 23-member Vermont Climate Council to plan and implement mandates that Vermonters reduce total carbon emissions 26% by 2025, 40% by 2030, and 80% by 2050. 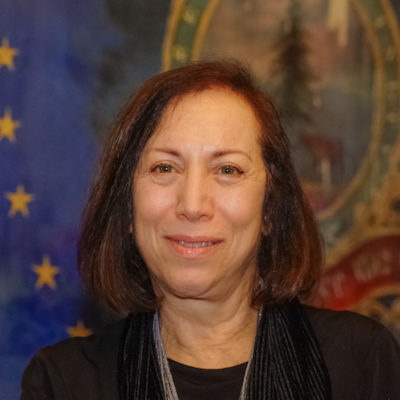 “Hypothetically, for example, the CEO of one of Vermont’s principal electrical utilities may be positioned — and in fact may have a competing legal fiduciary duty to his or her shareholders and constituents — to advance the maximization of profits and to protect competitive position over the larger interests of Vermonters,” Sullivan said in an email to Vermont Daily. “Or, the Executive Director of one of the principal publicly funded providers of weatherization services would likely, I would think, as one of the State’s ‘designated agencies,’ also strongly favor in his or her voting the continued DCF funding of that effort for indigent Vermonters over a larger weatherization effort that would encompass retrofitting of whole businesses and public facilities.”

“While you would hope that private business owners, Executive Directors and CEOs would be imbued by a larger civic responsibility and public spirit sufficient to ensure their putting aside the interests of their companies, I don’t see how you can invariably expect that sort of thing to happen,” Sullivan continued. “Certainly there will be times where a company’s interests will be perfectly aligned with the interests of Vermonters as to a given proposal, but we can’t count on everyone acting on their best behavior.

“The Legislature invited this group to effectively exercise legislative authority and to recommend sweeping measures that will arguably may result in the need for a complete overhaul of the Vermont economy.  We can’t expect votes will be cast by everyone on this Council wearing blinders as to their own self interest, no matter how nuanced those interests might be served or disserved.”

The bill doesn’t name names, of course. But some current appointees run companies and organizations that could benefit financially from changes made by the Council to meet the law’s carbon emissions reduction mandates. For example, council member Adam Knudsen is the CEO of Dynapower, a South Burlington battery storage company. Battery storage is seen as one way to store carbon-free solar and wind power and to be available when consumers need it. If Vermont ever goes big into battery storage, companies like Dynapower could benefit.

Also, Council member Brian Gray manages Energy Co-op of Vermont, a fuel company committed to helping Vermonters transition to renewable power. If, for example, Vermonters ever are required by the state of Vermont to burn wood pellets instead of heating oil or natural gas or propane, companies like his are well-positioned in the market.

The charge of white supremacy leveled against the rapid pace towards 80% emissions reduction comes from Xusanna Davis, the state of Vermont’s Executive Director of Racial Equity. By law the Council must consider the racial equity implications of its carbon reduction strategies. Ms. Davis is the state’s “go to” adviser on racial equity. On Jan. 4, she told the Climate Council [at 47:30] that its mandated carbon emission reduction deadlines are “a tool of white supremacy.”

When asked to critique the Global Warming Solutions Act requirements, she told the Council:

Well, I’m going to say it, and you’re going to say, oh that’s not an option. But reconsider: Change the deadline. And I know what you’re thinking, this might require a long legislative process, or hey, but we set a date, and it’s what we wanted.

But here’s the thing, though. If we really want to do something right and do it equitably, we’re not going to have to remain beholden to a timeline that we ourselves made up and can change. So I do urge you, if slowing down the process to perfect it will lead to equitable policies, then do that. Because that’s more important, I think, than the times we set for ourselves.

A determined reduction of carbon emissions will require dramatic lifestyle changes among Vermonters — including the minority population. Rep. Curt McCormack, D-Burlington, a leader in the Vermont Climate Caucus, said in a recent VT Digger op-editorial that Vermont should go on an aggressive “war on carbon” footing, in the spirit of sacrifice required during World War II.

Images courtesy of Wikimedia Commons/Beatrice Murch and state of Vermont