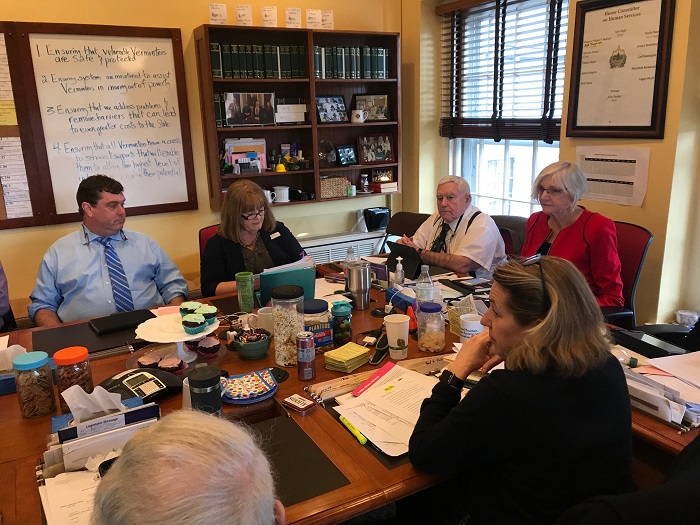 CONTRACEPTIVES FOR YOUNG TEENS: According to the language of H.663, children as young as middle school age must have condoms readily available to them at the campus.

MONTPELIER — The House Human Services Committee on Tuesday voted unanimously in favor of a bill that would ensure that secondary education students, including middle-schoolers, have easy access to condoms.

The legislation, H.663, also ensures that sexual education requirements get implemented, and that other forms of birth control become more accessible through medical professionals.

“In order to prevent or reduce unintended pregnancies and sexually transmitted diseases, each school district shall make condoms available to all students in its secondary schools, free of charge,” the bill language states.

If passed into law, administrative teams from school districts, in consultation with school district nursing staff, would decide on the manner in which to make condoms available to students. At the very least, the bill requires that condoms be placed in locations that are “safe and readily accessible to students, including the school nurse’s office.”

While access to condoms in public schools is already part of Vermont law, not all schools follow through.

The measure also seeks to provide further opportunities “for Vermonters to learn about and obtain contraceptives in order to prevent or reduce unintended pregnancies and sexually transmitted diseases.”

“It’s not a change really, because they are already supposed to be doing that, putting out condoms for everyone,” she said. “We want to be sure that all schools are doing this equally.”

Brumsted said one problem is the condoms aren’t always out in the open.

“It may be that they don’t really have them out in a prominent place; you have to go to the nurse and ask her ‘do you have one?’ and then she’s supposed to give it. But it’s not quite as [accessible],” she said.

She noted that this policy will not be enforced in independent schools.

Before the vote, Rep. Carl Rosenquist, R-Georgia, spoke in favor of the bill.

“I think it will reduce the incidence of abortion,” he said, adding that some of his constituents may disagree with him about this measure.

“This is not about promoting abortion,” she said, “this is about reducing unintended or unwanted pregnancy.”

The bill’s primary sponsor is Rep. Francis McFaun, R-Barre Town. He told True North that schools are already expected to have sexual education, but this bill would ensure that the state’s education policy is implemented.

He thanked the committee for their support.

“There was a commitment by this committee to move this bill and it makes everything a lot easier,” McFaun said.

According to Brumsted, the bill also would ensure that adults have more access to self-administered hormonal contraceptives, which can be conventional birth control pills or other methods.

“For seventh- through 12th-graders, it would be just condoms. But it’s also trying to ensure equity across the whole system for adults as well, but not with just condoms,” she said.

The original version of H.663 included more than just condoms for secondary students. That version would have required “school districts to make free over-the-counter contraceptives available to all secondary school students and would direct the Department of Health to coordinate with stakeholders to make free over-the-counter contraceptives available in a variety of settings statewide.”

Lucy Leriche, Vermont public affairs representative for Planned Parenthood of Northern New England, was present for the vote. She also testified to the committee regarding the bill on Jan. 23.

“PPNNE supports H.663 because it would expand access to contraception and counseling for Vermonters and consequently help to reduce the rate of unintended pregnancy,” she said. “We know the unintended pregnancy rate is roughly 43 percent in Vermont.

“Of that 43 percent, however, some are very happy to become pregnant and see it as a wonderful surprise. It is important therefore that we do not use unintended pregnancy as a proxy for unwanted pregnancy.”

According to that testimony, Planned Parenthood is already engaged in sex-education at the secondary level.

“PPNNE runs a high school student peer education program that equips youth with knowledge and decision-making skills to achieve and promote sexual and reproductive health for themselves, their peers, and their communities,” she said.