Supporters of the presidential candidate who lost the election stormed into Washington, D.C., destroying property, attacking and injuring police and causing major damage to buildings in the city. Vicious signs threatening the winner’s supporters were everywhere.

The violence was met with universal condemnation. The president whose party lost the election spoke, issuing a strong statement condemning the violence of his supporters, and saying, “You have defiled the seat of American democracy. To those who engage in the acts of violence and destruction: you do not represent our country. And to those who broke the law: you will pay.” 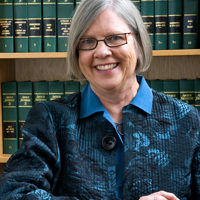 The media rushed to demand statements condemning the violence from every elected official in the losing presidential candidate’s party. Those officials were more than glad to comply. Strong statements of condemnation from virtually every official of the losing party were ubiquitous. Violence was not to be tolerated by anyone.

Only it did not happen.

At President Trump’s inauguration in 2017, there was rioting, arson and looting by Hillary Clinton supporters. Major damage was done to four downtown businesses. Two hundred people were arrested. Neither Hillary Clinton, nor President Obama, nor any Democrat elected official condemned the violence. Instead, Mrs. Clinton a few months later announced she was a member of “the Resistance.”

The media never demanded that any member of the Democrat party condemn what had happened. Coverage of the violence was desultory. The media was more interested in whether President Trump “lied” about the size of the crowds supporting him.

Unsurprisingly, violence became more and more acceptable over the next four years. A senator was physically attacked and hospitalized. A Bernie Sanders supporter shot up a baseball field and a congressman nearly died. Despite Sanders’ decades long vicious slanders against his political opponents and his incendiary rhetoric, no one demanded his condemnation or resignation. Members of the Trump administration and Republicans were repeatedly, physically threatened and harassed. Thugs surrounded the homes of Republican officials, yelling from loudspeakers and frightening families. After Justice Kavanaugh was confirmed, mobs tried to storm the Supreme Court building. The responses to those events were met mostly with silence.

Then in the summer of 2020, cities across the country were burned, looted and pillaged. A dozen people died. Billions of dollars in damage was sustained. Yet at the Democratic Party convention that summer there was not one word of condemnation. The violence was even excused by President-elect Kamala Harris, other Democrat leaders and many in the media and academia.

It was only when Trump-supporting thugs stormed the Capitol that everyone suddenly became appalled at the violence. The media across the country demanded contrition and condemnation from every Republican official, down to the local level. The words quoted above were President Trump’s words condemning his own supporters who mobbed the Capitol building. They were deemed insufficient by the Establishment. Hysterical demands for resignations of Republicans, including the president, were nonstop. Calls for criminal investigations, not just of the Capitol thugs, but of those who support the President, were heard across the country. Supporters of the president lost their jobs and the president and many of his supporters were muzzled on social media.

What happened in the aftermath of the Capitol violence is evidence of a very disturbing trend in this country. Since the dawn of civilization, the tactics of those who seek absolute power are the same: demonize and dehumanize your political opponents. Hillary Clinton called her political enemies “deplorables.” The Nazis called theirs “undesirables.” Impose collective guilt for any criminal or wrongful conduct of any one of your political opponents’ supporters, while minimizing or ignoring the criminal conduct of your own supporters. Demand your opponents abase themselves and resign because of the conduct of others. Threaten criminal prosecution of those who were not involved in any violence. Take away your opponents’ right to speak. Take away your opponents’ livelihoods, destroy their careers, humiliate and shame them and their families.

These are the tactics that have become acceptable in our country. They are the tactics of the radical Woke generation, wholly supported by the Democrat party and its Establishment allies across a wide spectrum of American civilization. But the “radicals” of the Woke generation are not radical at all. They are hidebound reactionaries fighting to return our country to an antediluvian form of government which consigns people to castes where its subjects possess immutable characteristics common to their caste. Consequently, the government metes out rights, privileges or punishments for its subjects based solely on their membership in the caste, and not on equal protection for every individual. That ancient form of government reached its apogee in the 20th century when tens of millions were humiliated, silenced, lost their livelihoods, were starved, robbed, ultimately tortured and killed merely because they belonged to a despised group.

The truly radical political doctrine is what this nation was founded on: that every person is an individual, not someone whose humanity is defined by membership in a caste. Every person has equal individual rights that the government cannot take away.

We must fight for return to that radical idea, or we are in danger of returning instead to the ancien regimes of the past where totalitarians determine our fate.