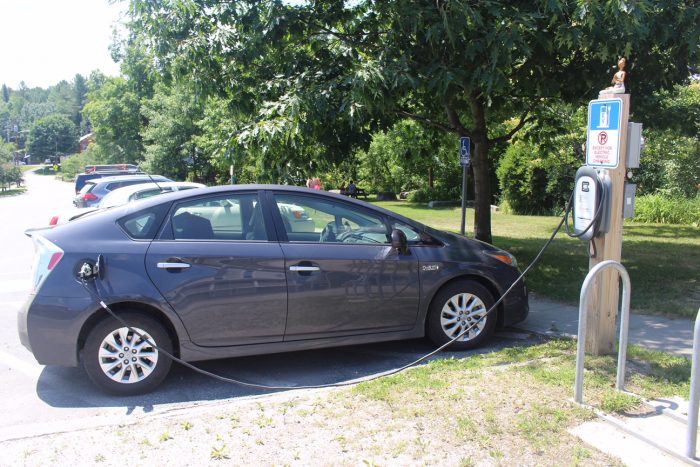 WHAT’S IN THAT EV?: Batteries in electric cars include rare metals which must be mined in locations where labor conditions include humanitarian abuses.

A Canadian climate scientist is warning that President Joe Biden’s ambitious electric car proposals could exacerbate human rights abuses around the world where materials for these cars are mined.

“Biden is unwittingly supporting the worst humanitarian abuses in the world,” wrote Tom Harris, executive director of the Ottawa, Canada-based International Climate Science Coalition. “This is because of the way in which the materials used in manufacturing the batteries that power today’s EVs are obtained.”

According to Harris, large EV expansion as currently proposed by Biden, including a new national network of a half-million new charging stations, will cause an unprecedented demand for rare metals. He said “immense quantities” of lithium, cobalt, nickel, graphite, aluminum and manganese will be necessary to build the cars.

Some 58 percent of the world’s lithium is located in Chile, but Argentina, Bolivia, and Tibet also have substantial lithium production. In Tibet, production has apparently taken its toll on the local environment.

“Lithium production in Tibet results in dead, toxic fish, and carcasses of cows and yaks floating down the Liqi River,” Harris writes. “The Ganzizhou Rongda Li mine in Tibet has thoroughly poisoned this river.”

Cobalt is another material using controversial labor practices. About 50 percent of the world’s cobalt is in the Democratic Republic of Congo, where children are exploited for cobalt mining.

“Congo has at least 40,000 children — some as young as 4 years old — working with their parents for less than $2 a day,” reports Harris. “They are exposed to multiple psychological violations and abuse as well as significant physical risks.”

According to a 2020 United Nations report, these metals are concentrated in just a few nations.

“This raises concerns about security of supplies, in particular for cobalt, lithium and natural graphite, given that production is concentrated in a few countries, and substitutability is low with the preferred battery chemistries of EV manufacturers,” Harris claims. “Over 60% of cobalt is mined in the Democratic Republic of the Congo, while over 75% of the global lithium production is mined in Australia and Chile, thus disruption to supply may lead to tighter markets, higher prices and increased costs of [the batteries].”

Nonetheless, Biden is pushing national transition to electric vehicles and claiming it will be an “equitable” rollout. “America is building convenient, reliable, equitable national public charging networks,” he said, as reported by CNBC. “So wherever you live, charging an electric vehicle will be quick and easy.”

Other problems exist with the so-called green vehicles. In addition to labor there are cost concerns. EVs continue to cost more than their gasoline counterparts by wide margins.

“The Postal Service said full electrification of its fleet [about 230,000 vehicles] would cost an additional $3.3 billion over the current plan,” the AP reports. “Money to help pay for a 100% electric fleet is included in Biden’s sweeping Build Back Better plan, but the proposal is stalled in Congress because of objections by Republicans and Democratic Sen. Joe Manchin of West Virginia.”

The issue of electric cars having questionable manufacturing practices has been discussed previously — on the Vermont Statehouse steps.

Everett Fryman of Morristown, speaking on the topic during an anti-carbon-tax rally in summer of 2019, made many of the same points as Harris.

“This cost is nothing less than the enslavement of minor children to both extract and recycle what are called rare-earth heavy metals, which are essential to manufacturing rechargeable batteries, the critical component in those types of vehicles,” he said.