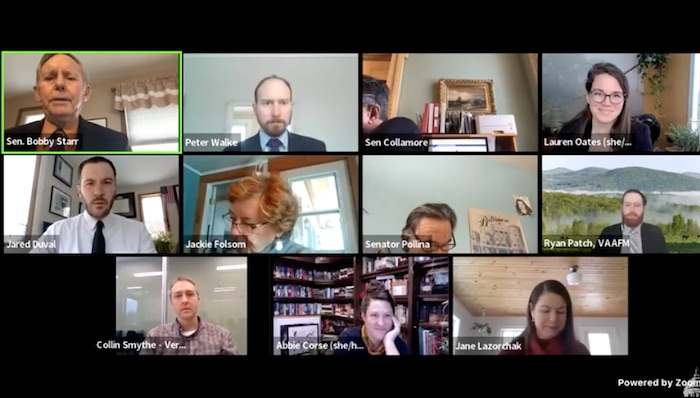 During a presentation to the Senate Agriculture Committee on Friday, several witnesses shared how to fight climate change — including monitoring the energy and land usage by farmers.

“One of the proposals from the Agriculture and Ecosystems subcommittee is to utilize the same tracking and accountability framework that exists for water and apply greenhouse gas mitigation benefits to those practices,” said Ryan Patch, the Agriculture Climate and Land Use Policy manager for the Agency of Agriculture, Food and Markets.

He said farmers will not only be asked to reduce their carbon outputs, but also engage in more carbon storage efforts. 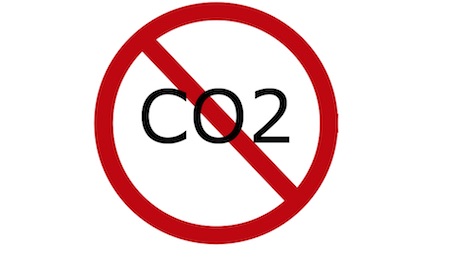 CARBON EXCHANGE: Multiple witnesses testifying before the Senate Agriculture Committee on Friday said they foresee some form of carbon accounting system to be implemented in the agricultural industry.

“And when I say mitigation, a term that’s defined in the Global Warming Solutions Act, it means both a reduction in emissions and the increased rate of sequestration or the storage of carbon in soil,” Patch said.

“We have a budget for carbon that we can have in the atmosphere without causing significant warming,” he said.

Lauren Oates, the interim director of Government Relations and Policy for The Nature Conservancy in Vermont, also addressed the committee. She warned about dangerous weather events on the horizon if such climate change mitigation isn’t adopted.

“We have to plan for and adapt to these more significant weather events,” Oates said. “We’re also going to experience more increased and intensive droughts, and prolonged heat exposure, especially in our more urban areas– [plus] an increase in tick-born diseases, declined air and water quality, and more.”

Oates said private landowners are going to need to work with them in climate mitigation efforts.

“Because of the significant amount of private land, our focus is on our natural and working lands economy and the role that they can play in helping us adapt to and mitigate climate change,” she said. “We really need to work with our landowners and managers to leverage their lands and empower them to do the work that we need them to do on that land, to sequester carbon, store carbon, and adapt to the changes that we are already experiencing.”

State Sen. Bobby Starr, D-Essex-Orleans, reminded the committee that when gas prices differ measurably from one state to another, motorists go where it’s cheaper.

“I know that if you go along the western border of Vermont from the north all the way to Bennington, many New Yorkers come over here in Vermont to buy fuel because it’s much cheaper,” he said.

Collin Smythe, environmental Analyst for the Agency of Natural Resources, Air Quality & Climate Division, noted how convoluted the data can be regarding how much carbon gets attributed to which state. For instance, if New Yorkers came and purchased fuel in Vermont, that’s accredited to Vermont’s carbon output; But someone who crosses into New York for gas but comes right back to live and drive mostly in Vermont, that’s not accredited to Vermont.

“I think it’s a balancing act,” he said. ” … I think the main point is there’s no real perfect way to account for fuel within our boundaries.”

According to OurWorldInData.org, world natural and man-made sources combine for over “34 billion tonnes each year” of carbon emissions. In contrast, according to a report by the Vermont Agency of Natural resources in 2016, the state accounted for about 10 million metric tons of emissions, or about 0.03 percent of the world’s total emissions.

Not all farmers agree that climate mitigation is affordable or easy. In the Netherlands, farmers are also being asked to make sacrifices to mitigate climate change, and it comes with a cost.

“Dutch farmers have found themselves pushed to the wall by the government, which is offering them a final choice to make their farms more climate-friendly, or change jobs,” The South African reports.