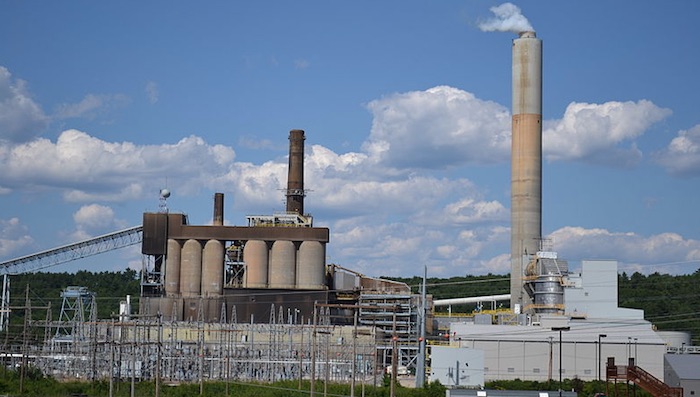 Climate activists were successful in shutting down 600 megawatts of carbon-free low-price nuclear power with Vermont Yankee several years ago, and now they are targeting 482 megawatts of New Hampshire coal power.

A coalition of activist groups including Extinction Rebellion Vermont and 350 New Hampshire plans to disrupt he Merrimack Station, a coal plant owned and operated by Public Service Company of New Hampshire (PSCNH), a subsidiary of Northeast Utilities.

The plant consists of two coal-fired steam units and two kerosene-fueled combustion turbine units, which combine to produce almost a half gigawatt of power.

The event is part of the larger international Global Climate Strike, which is scheduled to take place Sept. 20-27 at locations all across the United States and overseas. The planned protest events seek to pressure governments to take immediate action against climate change.

A video at nocoalnogas.org has numerous young activists talking about the actions they will take at this protest.

“Our elected leaders have failed to act, shutting down this coal plant is a matter of life and death,” says one of the participants. ” … If officials don’t shut this plant down we will take matters into our own hands,” says another.

According to PSCNH, the Merrimack Generation Station plays a critical role in local power infrastructure, especially when it comes to handling peak-demands during the hot summer months. “The two coal-fired units serve intermediate loads and the two combustion turbine units mainly serve peaking roles, operating during periods of highest seasonal peak demand and when generation is needed quickly to maintain electrical system stability on the grid,” an online description of the plant states.

The plant plays an important role in maintaining grid generation diversity, especially during critical winter months when natural gas becomes constrained in ISO New England. It uses the latest technologies, such as scrubbers, to mitigate dangerous emissions and capture over 90 percent of its mercury emissions.

According to ISO New England, which runs the regional grid, the current trend is to shut down aging coal plants.

“Part of this transition includes retirements of older power plants. In the last 10 years, about 13,000 megawatts of generation has retired, most of it oil-fired and coal-fired power plants. This is due largely to economics — the price of natural gas has been so low that power from natural-gas-fired generators is used most often to meet consumer demand, while the oil-fired and coal-fired generators run less frequently,” she said.

The power, according to Blomberg, covers peak demand during summer and winter, usually when the region’s natural-gas pipeline network is over-burdened and natural gas prices are too high.

“Because they are often less cost-effective and therefore rarely run, the region has seen dramatic declines in air emissions from New England’s power plants, but the region’s energy security is more tenuous as we become more reliant on resources using just-in-time fuel, such as natural gas, wind, or solar,” she said.

According to a report at EnergyNews.com, the plant is struggling to compete with natural gas.

The activists are against natural gas as well, as information from 350NH details the group’s goals to shut down any new gas pipelines for New England.

Coal plants are a primary target of climate activists because coal emits the most carbon of any electricity source. However, it remains the source of more than one-fourth of the nation’s total electricity.

While there are no new coal power plants showing up in the U.S., the use of coal power is on the rise elsewhere, according to a report at PowerMag.com.

The Public Service Company of New Hampshire did not return True North’s requests for comment on this story.