California has passed a new regulation that will ban the sale of gas-powered vehicles; the new emissions rule, which was permitted by the Biden administration, will have wide-ranging effects beyond California and could accelerate the nationwide transition to electric cars.

California’s Air Resources Board (CARB) finalized a rule Thursday that will outlaw the sale of gas-fueled cars by 2035. The law may push an increasing number of states to adopt similar rules and force Americans to exclusively buy electric vehicles (EVs) as numerous Democrat-run states such as New York, Massachusetts and Maryland routinely adopt California’s “clean car” standards, according to data from the Maryland Department of the Environment. 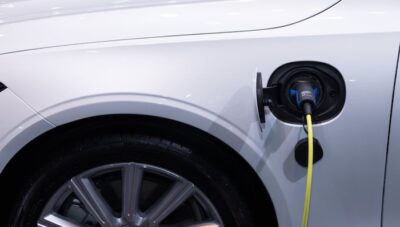 The state’s ban will require 100% of new cars sold in California, the country’s largest auto market, to be free of fossil fuel emissions by 2035. Interim targets also require 35% of vehicles sold in the state by 2026 to produce zero emissions, rising to 68% by 2030.

President Joe Biden’s Environmental Protection Agency (EPA) restored California’s Clean Air Act waiver in March, which gave the state legal authority to set its strict vehicle emissions standards, according to a press release. The Trump administration formally revoked the waiver in September 2019, stating that California did not need specific emissions standards as the environmental problems caused by emissions were not unique to the state.

“During the Trump administration, we tried to codify and articulate that California did not have the authority to set greenhouse gas standards,” former EPA Administrator Andrew Wheeler told the Daily Caller News Foundation. “I don’t think Congress gave that authority to California, specifically to set their own standards for greenhouse gases.”

Furthermore, 17 Republican attorneys general filed a lawsuit in May against the EPA after it reinstated California’s waiver, according to legal filings.

“This leaves California with a slice of its sovereign authority that Congress withdraws from every other state,” West Virginia Attorney General Patrick Morrisey told the DCNF about the EPA’s ruling. “The EPA cannot selectively waive the Act’s preemption for California alone because that favoritism violates the states’ equal sovereignty.”

Moreover, the attorneys general argue that California’s waiver puts a “burden of compliance on auto-manufacturers” as automakers will have to cater to both California’s new rules and the mainline federal regulations, according to legal documents.

The state’s ban will require 100% of new cars sold in California, the country’s largest auto market, to be free of fossil fuel emissions by 2035. Interim targets also require 35% of vehicles sold in the state by 2026 to produce zero emissions, rising to 68% by 2030.

California hopes to enforce this rule through a mandate which could penalize automakers up to $20,000 per vehicle if they fail to meet the state’s sales quotas, a CARB spokesman told the DCNF.

“The California ban represents an irresponsible and likely illegal approach to rulemaking, given the highly integrated interstate nature of the auto industry, one national standard is extremely important,” Mandy Gunasekara, former chief of staff of the EPA, told the DCNF. “California is attempting to create a legally dubious workaround where vehicle standards are set by liberal politics instead of technical realities.”

The 14 Democrat-led states, including California, make up roughly a third of the U.S. auto market, according to NPR.

“Blue states will follow California’s lead and hand manufacturers a mandate to make only EVs, regardless of what is economically or physically possible,” Steve Milloy, a member of former President Donald Trump’s EPA transition team, told the DCNF. “You’re going to force people to buy a more expensive car that will last half the time.”

The average price of a new electric car is approximately $66,000, according to Kelley Blue Book.

“If automakers are only making electric cars because of the rule and government subsidies, then there won’t be any gas cars on the market,” Milloy stated.

The EPA also reinstated and enhanced an Obama-era federal fuel regulation in December 2021 that is less strict than California’s proposed standards, stating that passenger cars must have a fuel economy of 55 mpg by 2026, up from the current 40 mpg, according to an EPA regulatory update. Both the California and government regulations will support the Biden administration’s aggressive climate agenda, which seeks to phase out fossil fuels and promote “clean energy” technologies.

“It’s being done for PR purposes … the electricity infrastructure isn’t there and it’s not anticipated to be there,” Wheeler stated. “Nobody in the electricity industry will tell you that they will be able to power a state fleet consisting of only EVs by 2035.”

The average number of EVs sold in the U.S. was roughly 607,000 in 2021 while the total number of cars purchased was about 3.34 million, according to Statista.

Newsom’s office and the EPA did not immediately respond to the DCNF’s request for comment.

2 thoughts on “California has the power to mandate EVs nationwide, thanks to Biden”