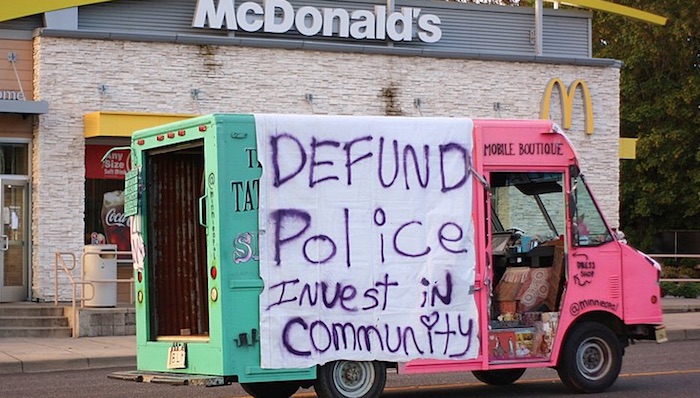 DEFUND THE POLICE?: The Burlington Police Department is having to be creative with limited personnel in order to continue to keep Burlington residents safe.

On the Morning Drive radio show this week, Burlington Police Chief Jon Murad responded to allegations that he is exaggerating the negative impact of staff reductions on 24-hour policing in the Queen City.

The show, hosted by former Burlington City Council chair Kurt Wright and co-host Marcus Certa, addressed a Seven Days article in which Murad was accused of citing recent examples of crime “to scare people into believing the city is less safe with fewer cops.”

“What  angered me about that article was the implication that we would be making determinations and decisions based on anything other than resources that we have on hand and the mission that we have dedicated to ourselves,” Murad said. “The men and women of the Burlington Police Department are there to keep people safe — that is the only thing that I think about when I wake up in the morning.”

The current staffing level at the department is 75 officers. However, only 67 are available, as others have military assignments, long-term injuries, and other holdups.

“Sixty-seven is a number that has not been seen in decades in this city,” Murad said.

He added that in recent years about 96 officers would cover the city. Of the current 67 available officers, eight must be at the airport each day, and another 10 officers need to be on the detective bureau investigating serious crimes.

He also said traffic shifts span three main shifts throughout the day, and that draws much of the rest of the force.

In response, Wright asked if at some point the force would be unable to respond effectively.

“We’re certainly getting close to a structure in which we do not we do not have area officers, and that is something that we’re sort of asking ourselves — what number is that,” Murad said.

He continued that some coverage is already too thin.

“We get to a place where we have as few as five or even four officers on a day shift, or an evening shift, when our call volume is steadiest and highest,” Murad said.

He noted that a July 3 event in Burlington had to be policed with less than 30 officers, instead of the typical 70. Fortunately, crowds were well behaved.

“Those who did show up were uniformly appreciative of those officers who were out … to make certain that everyone who was there was able to enjoy our public spaces freely and safely,” Murad said.