Murad noted that certain types of calls considered “Priority 3” may not see an officer response. Or, an unarmed, unsworn officer may have to take on the duty.

A count of 65 available officers is 31 below what the chief has previously said is needed to provide adequate coverage for the city — about 96 officers. Murad noted at the meeting that regular obligations to protect citizens could be compromised. 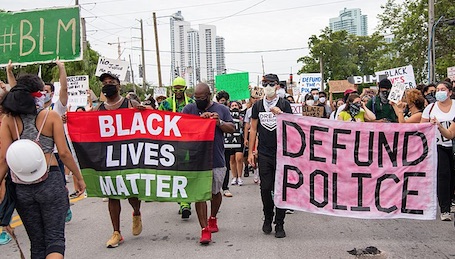 He added that when officers do leave, it’s usually the ones that are at the front lines for public safety.

“The only place that we lose from, every time we lose an officer, is a USB, which is the Uniformed Services Bureau which is patrol,” Murad said. “Which are the people who answer calls for service from the public. And so that is a real challenge for us.”

The Burlington City Council made headlines on Monday night in a rare unanimous acceptance of a pro-police initiative to use federal COVID-19 relief money as $10,000 bonuses to the remaining officers to persuade them to stay on the force.

“It was a statement, I believe, that there is a sense of value from the community about what officers do and the role that officers have,” he said. ” … We’re really happy about that because we are in a tough spot in regards to staffing.”

Murad told the council that he had seen 16 officers leave his force in the past year and he has not been able to hire one.

The council has approve some new staff positions, however.

“We have conditional offers to all three SL positions that we were authorized by the city council,” he said. “That was the pilot plan that called for three. My buildout of that plan would be six.”

He said that the department has four CSOs, or community service officers, in training. These civilian officers cost less in salary, are unarmed, and can help with certain non-emergency “priority 3” calls that remaining regular officers have become too busy to handle.

“Very, very important,” he said. “Something for us to be able to develop new capacities for an un-armed response for un-sworn officers, and we are hopeful that those are going to be able to help us to address what we are currently unable to address, which is a significant volume of what we call priority 3 calls, we simply can’t go to those anymore.”

Murad said there was a discussion with the Burlington School District about what the department is going to have to do without having school resource officers on the scene. He did not elaborate at the meeting on what those mitigations might be. According to the National Sherriff’s Association, not having an officer on the scene could make a substantial impact on the outcome of a school shooting.

Murad also said the department had discussions with the Howard Center on protocols for dealing with mental-health-related situations, including how to safely bring these people into custody when they are potentially a threat to themselves or others.

Tuesday’s meeting can be viewed online. The chief’s report begins about 45 minutes into the video.