The Burlington GOP on Friday held a special meeting to choose a candidate to run for City Council in Ward 3, and local members ended up selecting Navy veteran Christopher-Aaron Felker.

“We have an active, positive campaign that is set from community growth, Felker said. “There are members of this community who have encouraged me to grow aside from the wonderful group of people sitting in front of me today and it’s all community-based. 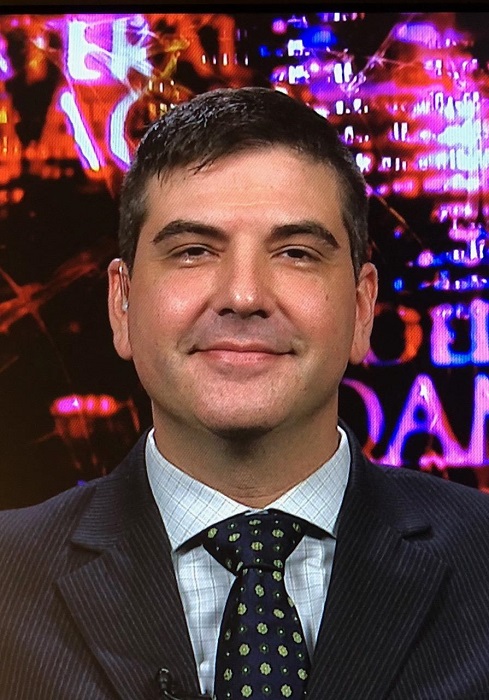 RUNNING: Burlington City Council hasn’t had a Republican in two years, but Christopher-Aaron Felker thinks he can win.

The formal launch of Felker’s campaign will take place at 5:30 p.m. Tuesday at Battery Park Fountain.

Felker told True North that he will focus on fulfilling the will of his constituents. Politically, he said he embraces libertarian-leaning values.

At the meeting he said he has had a positive experience with local support.

“I would like to take a moment to say thank you to all of the members of the Burlington GOP and everybody who attended this evening,” Felker said. “Four months ago I was just a Burlingtonian who wrote a press release and was trying to join your party, and you welcomed me in with open arms and I enjoyed your company and you enjoyed mine today.”

He noted that support especially came from within the party.

“When I started receiving your phone calls of encouragement to run for Ward 3 City Council it was incredibly moving and very humbling — I appreciate your confidence,” he said. “I look forward to winning this race.”

Ericka Redic, a conservative politician and host of the Ericka Redic Show, attended the meeting and shared some encouraging words.

“People have this feeling of despair like we cannot win,” she said. “[But] I got more votes in wards 2 and 3 in Burlington than any other ward in the city, so this is absolutely 100 percent a winnable seat. We can do this if everybody works together.”

Felker is confident that his campaign will make headlines.

“We’re going to surprise more than a few people this election, and we are going to activate and mobilize, and we have a solid ground campaign about working and building a better Burlington together,” he said.

“We’re trying to really grow the party and we’re actually being successful in this,” he said.

Felker will go up against the Democrats’ nominee, Owen Milne, who is the executive director of the Lake Champlain Community Sailing Center. The Progressives have Joe Magee, whose Linkedin page shows he worked for Sen. Bernie Sanders during his 2018 and 2020 campaigns.

Milne recently stated that he’s upset that some of his constituents are telling him they pay “40 or 50 percent of their income on rent.” Magee said he would like to build on a “strong campaign for working families.”

Kirk said that there will be another special Burlington Area GOP meeting in July, and they need more volunteers.

“We have some seats that we need to fill in our committee,” Kirk said.