The Burlington Republican Party has adopted a resolution against noncitizen voting in local elections. The resolution was a response to a recent effort by the Burlington City Council to encourage voting among aliens who have legal residency.

According to Burlington GOP chair Kolby LaMarche, noncitizen voting is a bad idea, especially when legal citizens aren’t getting involved in the process as much as in the past. He says more should be done to galvanize citizens rather then encourage noncitizens when it comes to voting.

Burlington GOP members passed the resolution on Nov. 14, and LaMarche said it expresses opposition to any attempts at legalizing noncitizen voting in the Queen City. 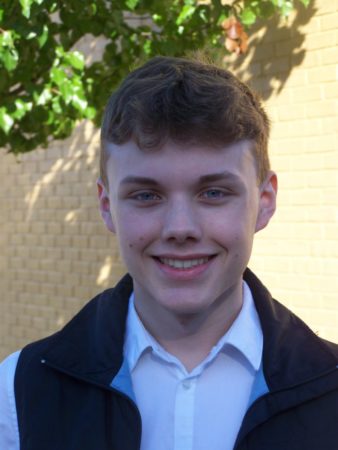 Kolby Lamarche: “We’ve had some small local discussions about this topic and many are opposed to this, even Democrats and some Progressives. They see the right to vote as sacred, something to attain.”

“We adopted an unanimous resolution so now we’re on record about this issue,” he told True North.

In April, the Democrat-controlled Vermont House of Representatives approved a proposed charter change for the city of Montpelier that would permit noncitizens there to vote in local elections.

When Montpelier Mayor Anne Watson addressed news reporters about the proposal earlier this year, she said that “local issues should be voted on by the local community. And everyone who is part of that community should have the ability to participate in decisions that affect their community.”

“Two weeks ago, the Burlington City Council approved a resolution that would begin the process,” LaMarche said. “The council will likely draft the question to be put on the March 3, 2020, ballot. … So, if this passes in March, then the committee and council would jointly approve the change and send it on to Montpelier to be voted on by the House and Senate.”

LaMarche said that he believes giving noncitizens the right to vote is wrong and should be illegal.

“We’ve had some small local discussions about this topic and many are opposed to this, even Democrats and some Progressives. They see the right to vote as sacred, something to attain,” he said. “Burlington Councilor Ali Dieng, who is a new American citizen, is against this idea, too. He told me that he’s passionate about having earned the right to vote (as a new citizen), so he’s going to oppose giving noncitizens the vote.”

Dieng, a Democrat-Progressive who represents Burlington’s Ward 7, is a manager of the Burlington School District’s Expanded Learning Opportunities program. On Nov. 8, he was interviewed by a WCAX-TV reporter and went on record opposing the noncitizen voting effort.

As Dieng himself experienced, every new American citizen takes the following oath: “I hereby declare, on oath, that I absolutely and entirely renounce and abjure all allegiance and fidelity to any foreign prince, potentate, state, or sovereignty, of whom or which I have heretofore been a subject or citizen; that I will support and defend the Constitution and laws of the United States of America.”

Noncitizen voting in elections remains a controversial issue that triggers heated discussions and ballot proposals in many states. Regardless of how the legal hairs are split, noncitizen voting in federal elections was rendered a significant blow with the passing of the Illegal Immigration Reform and Immigrant Responsibility Act of 1996.

The act was signed into law by Democrat President Bill Clinton as a response to a rapid increase in illegal immigration at the time. Clinton said the act was meant to fortify “the rule of law by cracking down on illegal immigration at the border, in the workplace, and in the criminal justice system — without punishing those (already) living in the United States legally.”

While federal law does not prohibit noncitizens from voting in state and local elections, no state has permitted noncitizens to vote in a state election, at least since Arkansas outlawed noncitizen voting during the 1920s.

In Vermont, as elsewhere, this issue has fallen mostly along partisan lines. 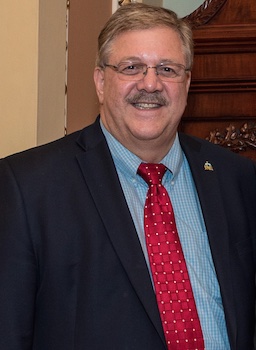 Secretary of State Jim Condos: “With regard to Montpelier’s proposed charter change on noncitizen voting, we testified that that the city would have to maintain a separate voter checklist for municipal elections. We would require (the) same for the city of Burlington.”

Secretary of State Jim Condos, a Democrat, oversees elections in the state. He said that he doesn’t comment on individual resolutions such as the one issued by the Burlington GOP.

However, he said while both the U.S. Constitution and Vermont statutes would not allow noncitizens to vote in federal or state elections, a local select board or city council could vote in favor of a charter change for local elections and put it before local voters. If they approve, the measure then goes before the state Legislature.

“If the charter change receives legislative approval, then the governor could sign it into law, allow it to go into effect without his signature, or veto,” Condos said. “With regard to Montpelier’s proposed charter change on noncitizen voting, we testified that that the city would have to maintain a separate voter checklist for municipal elections. We would require (the) same for the city of Burlington.”

Condos noted that between the late 1700s and the mid-1920s, immigrants were allowed to vote in about 40 states.

“This was routinely upheld by the U.S. Supreme Court. … In 1904, the Supreme Court ruled that the privilege to vote in a state is essentially up to the state itself,” he added.

“We strongly oppose noncitizen voting,” he said, adding that he is speaking of people who have no right to be in the country.

“My family legally emigrated here in 1961 from the Netherlands,” de Bruin said. “My sister and I both became U.S. citizens, which entitled us to vote. My parents always maintained their green cards so they were never allowed to vote even though they were permanent residents. My personal opinion is that if a person is here as a legal, permanent resident with a green card, they should be allowed to vote and to have a voice in what they might be able to help control or change.

“lllegals or migrants are not considered residents and have no legal right to vote the same, (just) as out of state students who have no intention of staying in Vermont should not be allowed to vote here.”

“Non-U.S. citizens should not be permitted to vote in our elections,” he said. … Giving them the vote without requiring citizenship is a disincentive for them becoming citizens. If they have no interest in becoming a U.S. citizen and assuming all of the responsibilities and commitments that come with that, which is a legitimate personal decision, they should not be allowed to influence our elections.”