MONTPELIER — The city of Montpelier is considering letting noncitizens vote in local elections by 2020 Town Meeting Day, but city officials say the chances of getting approval by the Vermont Legislature are slim.

The issue was discussed at length at a community meeting in May after foreign nationals with legal residency contacted Montpelier City Clerk John Odum to find out why they can’t vote in local elections.

The question is coming up in cities from Boston to San Francisco, where officials are pushing to let non-U.S. citizens with legal residency have more say in local and citywide elections — but not state or federal elections. 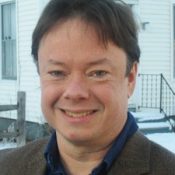 In an interview with True North, Odum said federal law leaves it to the states to decide whether noncitizen voting should be permitted in local elections.

“In Vermont, there is statute that is active that says you have to be a citizen to vote,” he said. “Which means the only way a municipality could allow noncitizens to vote would be to get a charter change.”

According to Odum, noncitizens are ingrained in the Montpelier community and do their fair share to contribute. Some are homeowners and have lived in the city for over a decade, others have sent their kids through the Montpelier school system, yet all are unable to vote on issues like the city budget or City Council elections.

“I think that’s where you get the genuine sort of honest debate — the question of a citizen — can you be a citizen of your community if you’re not a citizen of the country?” Odum said.

While it’s not unconstitutional in the state for a noncitizen to vote, Vermont law makes it illegal. That means the state Legislature would have to approve a charter change to extend voting rights to groups such as visa holders, permanent legal residents, Temporary Protected Status recipients, Deferred Action Childhood Arrival recipients, or other immigrants with permission to be in the country.

At the community meeting in May, Odom and others hosted a teleconference with Doug Chapin, director of the Program for Excellence in Election Administration, at the Hubert H. Humphrey School at the University of Minnesota.

Chapin told the group that Montpelier is free to push ahead with the policy.

“The takeaway that I wanted to give for you all tonight is to highlight that unless you’re running up against a strict prohibition like we see in federal law, communities are free to do what they want with voting qualifications in their own community,” he said.

“There are communities across the country — Takoma Park, Maryland, is one of them — where noncitizens who are lawfully here with permanent residency or other documentation are allowed to vote in local elections, with the argument being that one can be a citizen of a community without being a citizen of the United States. That is a policy decision that the local government, the voters of the local government, that they made.” 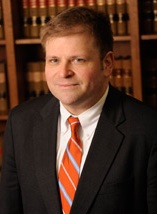 Montpelier attorney Dan Richardson, who attended the meeting, said there are four main components laid out in state statute (17 V.S.A. § 2121) that determine voter eligibility: a person must be at least 18 years of age, be a resident of Vermont, take the Voters Oath and be a U.S. citizen.

He added that changing the law won’t be easy.

“The Government Operations Committee has been the burial of many a charter change provision and scrutinizes quite carefully what comes before them,” Richardson said. “It’s not as if that’s a cake walk.”

In San Francisco this year, the requirements were boiled down to the standard of being older than the age of 18, legally residing in the city, and also being a parent or guardian of a child under the age of 19 who also resides in the city.

Odum said many ideas were passed around to try and determine how to break down a criteria for noncitizen voting. He said Montpelier officials discussed removing the requirement for citizenship and leaving the requirement of age, legal residency in the town and the Voters Oath.

He said since the meeting he’s received mostly positive feedback about the issue, though some Vermonters were “politely unsure” about the whole thing.

“I’ve gotten a handful of folks who are for it — the only negative feedback I’ve gotten is from folks outside of the city,” Odum said. “I’ve gotten dubious feedback, but probably more positive feedback.”

He said there is not a large number of noncitizens residing in the community.

“I wouldn’t know (how many noncitizens) until they registered on the standalone database that would be created, but I’d have to say we’d be looking at just barely double digits,” Odum said.

Richardson said though it may seem odd to pursue such a challenging feat for less than a dozen people, some residents in the town are supportive and have a willingness to take on these kinds of issues.

According to Odum, there will be a special city meeting that will run concurrent with the general election in November. If noncitizen voting is passed during that time, and the Legislature then approves it, they’re looking at noncitizen voter eligibility by next Town Meeting Day.

Odum said this type of conversation is foreign in Vermont and it’s unknown how it could all turn out, but it is nonetheless compelling.

“Do I think this has a real shot in the legislature? Probably not,” he said. “I’ve certainly advised folks that its chances in the legislature would be very long odds, but theoretically on paper that could be the time frame.”