On Sept. 13, the Burlington City Council will vote on whether to support an anti-Israeli policy known as “Boycott, Divestment and Sanctions,” or the BDS movement. A local Jewish temple has made clear that any such action against Israel will be viewed as a rejection of cooperation with the local Jewish community.

“Our board has voted in the past not to cooperate with organizations that support BDS,” a press release by the Temple Sinai in Burlington states.

The release summarizes this latest effort by the council to embrace anti-Israel politics. 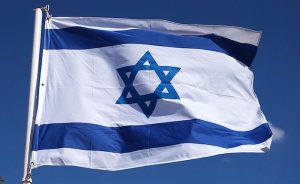 The Burlington City Council plans to vote on a resolution to embrace “Boycott, Divestment and Sanctions” against the State of Israel.

“On September 13, between Rosh HaShanah and Yom Kippur, the Burlington City Council will be voting on a pro-BDS, strongly anti-Israel resolution. This would make Burlington the first municipality in New England to endorse BDS. The resolution also calls for an end to U.S. security assistance to Israel, our only democratic ally in the Middle East,” the Jewish group’s statement reads.

The temple’s vision statement notes support for Israel is a core value for members. “We believe that support for a safe and prosperous State of Israel is an important part of our Jewish identity,” it states.

The release also points to rhetoric from within the BDS movement that has a “strong antisemitic impulse,” including “attempts to reduce a complex issue into emotional slogans blaming only Jews.”

On the group’s Twitter page, one post calls for preventing any new electricity-related infrastructure for “Israel’s illegal settlements.”

The EU and European States must not link Israel’s electric grid to Europe and entrench Israel’s illegal settlements with the proposed EuroAsia Interconnector.

Independent U.S. Senator Bernie Sanders, formerly a mayor of Burlington, is among the public figures to disapprove of the BDS movement. In January 2019 the senator issued a statement regarding his vote against a bill that included “a provision to encourage state and local governments to pass laws suppressing Americans’ right to boycott Israel.”

Sanders said “I do not support the BDS movement,” while ultimately voting against that bill due to free-speech concerns.

The Anti-Defamation League has warned against hateful rhetoric within the BDS movement.

“BDS campaigns promote a biased and simplistic approach to the complex Israeli-Palestinian conflict, and present this dispute over territorial and nationalist claims as the fault of only one party – Israel,” the ADL states. “The BDS campaign does not support Israeli-Palestinian peace efforts, and rejects a two-state solution to the conflict.”

The ADL also downplayed the movement’s political clout, saying for the most part “campaigns have failed to bring major institutions to divest from Israel or to keep companies and institutions from engaging with Israel or Israelis.”

Currently, at bdsmovement.net’s Vermont page, there is a mention that in 2011 Ben & Jerry’s, currently owned by the British conglomerate Unilever, was under pressure to halt its sale of ice cream in “occupied West Bank and East Jerusalem.”

In July 2021, the ice cream company announced it will not sell ice cream in Israeli settlements in the West Bank and East Jerusalem, BBC News reported.

In response to the council’s proposed resolution, Temple Sinai is urging Vermonters to sign a petition at change.org. As of Wednesday afternoon, the “Oppose the Pro-BDS Resolution Being Considered by Burlington’s City Council” petition had garnered 285 signatures.

Those concerned about this development can reach out to Burlington City Council members, and also attend the council meeting being held at 7 p.m. Monday, Sept. 13 at Burlington City Hall.