Editor’s note: This commentary is by Bob Frenier, of Chelsea, who was a member of the Vermont House of Representatives from 2016-2018.

I have to laugh when I hear Progressive/Democrat members of the Vermont Legislature tell us that their vote-by-mail scheme to send live ballots to everyone on the voter checklist will be free of controversy and fraud because Vermonters know how to run elections and certainly don’t try to steal them.

Phooey! These are the same Progressive/Democrat legislative characters who tried to steal my Vermont House election in 2016 and only failed due to their incompetent handling of ballot security. 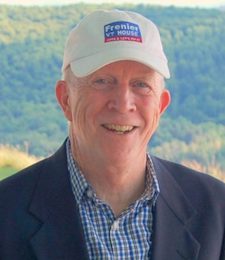 For those who missed or forgot the story, I won an election to the Vermont House of Representatives in 2016, beating a long time Progressive incumbent by just seven votes. A recount, properly and professionally done, confirmed my slim victory. But, because adding my GOP voice to the House strengthened Gov. Scott’s veto power, Democrats and Progressives created a fake controversy about the integrity of just 12 mailed-in absentee ballots — the same kind they want to mail to every voter this November. They forced a court hearing, a week of House committee hearings, and a day of debate involving the entire House Representatives at a cost over $80,000 to taxpayers. Think what can happen when half a million unrequested absentee ballots start floating around Vermont!

The squabble over mailed-in ballots ultimately moved the fate of my election out of the hands of local election officials and into the partisan, political House of Representatives. Not surprisingly, when the Legislative Dem/Prog super-majority in the House voted along party lines to go forward with a third count of my votes, they set a thoroughly corrupt precedent for the 2021 legislature to follow in any re-recount of contested votes in this year’s election.

The corrupted process began when Democrat Attorney General TJ Donovan ignored his statutorily explicit responsibility to conduct a non-partisan investigation of how the 2016 recount was handled — including absentee ballot integrity — and report his findings to the House. Instead, he turned the “investigation” over to the House Government Operations Committee, chaired (believe it or not) by the former head of the Vermont Democrat Party, who was also the former President of the Vermont NEA. What could go wrong for a Republican like me?

Incredibly, her kangaroo committee never even heard testimony from the Orange County clerk who ran the recount in question. Instead, they abandoned the mailed-in ballot issue and claimed, without evidence, that each recounted ballot was not checked for stray marks before being placed in the vote tabulator, which they fantasized might conceivably throw the tabulator off. Unfortunately for the Progressive/Democrats’ reputation for integrity, I’ve got a video on my smart phone that shows vote re-counters doing exactly that — reviewing both sides of every ballot before entering it into the tabulator. Recount officials gave the same assurances in writing to the committee but were never called to testify.

What’s worse, House Democrats and Progressives voted to abandon adherence to state election law and re-recount my votes in the legislature by their own rules, a key element of which was that the voter intent of any questionable ballot would be determined by a vote among the leaders of the Democrat, Progressive and Republican parties. Guess how I would have made out in that process. Ironically, the third count of the ballots failed to happen because the security of a bag of ballots was compromised, underscoring the fragility of ballot security.

So, when the same politically motivated legislators who tried to steal my election tell you that mailing nearly half a million live absentee ballots to voters who didn’t request them is a good idea that can be handled in a professional, non-partisan way, take it with a big grain of salt. If thousands of people are allowed to vote by mail, mailed-in ballot integrity almost certainly will be questioned on a large scale and generate recount after recount. And those recounts will generate multiple court appeals followed by more re-recounts by the legislature’s super-majority, which already has demonstrated that it cannot be trusted to do that with integrity.

Ballots must be handed out one-by-one by trusted people to clearly identified voters to be completed in a closely supervised environment or our faith in the electoral system will continue to diminish.

6 thoughts on “Bob Frenier: Of absentee ballots and election theft in Vermont”