By Virginia Aabram | The Daily Signal

With a growing number of states declaring themselves sanctuaries for illegal immigrants, Sen. Marsha Blackburn, R-Tenn., and Rep. Ken Buck, R-Colo., are responding with legislation to impose penalties on states that refuse to cooperate with federal immigration enforcement.

Currently, 15 states and the District of Columbia allow residents to obtain driver’s licenses without proof of legal residence; the Virginia General Assembly appears likely to make that state the 16th.

“While Tennessee and many other states prohibit [driver’s] licenses for illegal aliens, a growing number of states are moving in the opposite direction and unleashing dangerous open-borders policies,” Blackburn said in a press release. “Immigrants must follow the proper federal process and obtain citizenship or lawful status before obtaining a state [driver’s] license. In America, no one is above the law.” 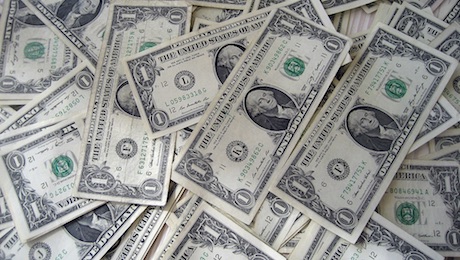 Under the legislation, states such as California, New York, and Illinois would lose millions of dollars in federal funding under the Edward Byrne Memorial Justice Assistance Grant Program, which supports local law enforcement and criminal justice initiatives.

The Trump administration has pushed back on sanctuary cities and states through lawsuits and regulations targeting what they call these “green-light” laws and other forms of resistance to federal immigration authority.

For example, the Department of Homeland Security announced Feb. 6 that New Yorkers no longer would qualify for “trusted traveler” programs, which expedite re-entry into the U.S., due to the Empire State’s stance on issuing licenses without proof of legal presence in the country.

Additional pushback has been introduced in both houses of Congress.

Blackburn’s bill, the Stop Greenlighting Driver Licenses for Illegal Immigrants Act, would block “certain federal funds to sanctuary states,” according to the epress release from her office. Six other senators co-sponsored the legislation.

In the Democrat-controlled House, the companion bill from Colorado’s Buck has 21 co-sponsors.

Buck said he supported the legislation to avoid tragedies such as the hit-and-run by an illegal alien with a criminal background that killed Sean Buchanan, a Colorado father of five.

“Congress cannot stand by and let another family go through a tragic loss like the Buchanans did,” Buck said in a press release. “That’s why I am proud to introduce legislation with Sen. Marsha Blackburn to stop these green-light sanctuary laws from wreaking havoc on communities across the country.”

Under the legislation, states such as California, New York, and Illinois would lose millions of dollars in federal funding under the Edward Byrne Memorial Justice Assistance Grant Program, which supports local law enforcement and criminal justice initiatives.

“We shouldn’t legitimize those who break our immigration laws by giving them [driver’s] licenses,” Sen. Tom Cotton, R-Ark., one of the Senate bill’s co-sponsors, said. “Unfortunately, states like California give illegal immigrants [driver’s] licenses and help them hide from federal law. Our bill will make sure that federal grants will only go to states who uphold our rule of law.”

Identification security increased with the Real ID Act of 2005 following the 9/11 attacks, in which the hijackers were able easily to obtain driver’s licenses that allowed them to board the four airliners. The Real ID Act changed federal law relating to security, authentication, and issuance procedures for driver’s licenses and other identity documents.

“Some states are returning to that pre-9/11 posture by again issuing driver’s licenses to illegal aliens,” said Lora Ries, a senior research fellow in homeland security at The Heritage Foundation. “They and their supporters have failed to learn from history. If we are doomed to repeat it, politicians will again ask, ‘How did this happen?’”

Ries emphasized that immigration enforcement in one of the proper purviews of the federal government.

“The U.S. Constitution enumerates immigration as a power of the U.S. Congress, not the states,” she said.