The New Hampshire House of Representatives has rejected a proposal that would have allowed police officers to be sued for misconduct.

House Bill 11 would limit the “qualified immunity” protecting law enforcement officers and municipal employees from facing civil lawsuits alleging the use of excessive force and other misconduct.

The measure was rejected 184-178 during a House session on Friday, a vote that went mostly along party lines with Republicans largely opposed to the changes. 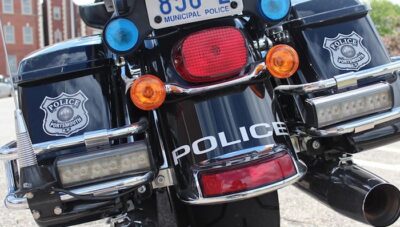 Motorcycle unit for the city of Portsmouth, New Hampshire

New Hampshire Democrats, social justice groups and others filed the proposal in response to nationwide protests over the death of George Floyd, a Black man who was killed by Minneapolis police officers during a routine stop last year.

“It is a government accountability bill,” Berch said in remarks ahead of the vote. “It is a bill that guarantees that the citizens of our state have a right to go to state court for redress of harms done to them by the government, promptly and without delay.”

The conservative Americans for Prosperity-New Hampshire, which joined with progressive groups to support the measure, lamented its rejection, saying in a statement that the changes “would have opened an avenue to allow justice for victims and strengthened our state constitution.”

“It is wrong government officials can use ignorance of the law as an excuse for willful violations of a person’s civil rights and we hope the Legislature can continue to work on this important issue next session,” he added.

In a letter to lawmakers, more than a dozen New Hampshire mayors expressed their opposition to the proposal saying it would drive up their costs with frivolous lawsuits.

“Removing these important immunities, as well as the limits on claims, unnecessarily results in the state and municipalities being exposed to far greater liability with far greater risks of high-cost settlements and judgments,” the mayors wrote. “These costs would ultimately be borne by New Hampshire citizens and taxpayers.”