The dollar amounts for economic development loans is inside a bill that is headed to the Vermont governor.

The Legislature this week passed House Bill 627 which, if enacted, would increase the amounts of loans that can be offered through the Vermont Economic Development Authority.

According to the bill, the authority would be able to make loans to private corporations, nonprofits, partnerships, a person, or a municipality to finance economic development projects. 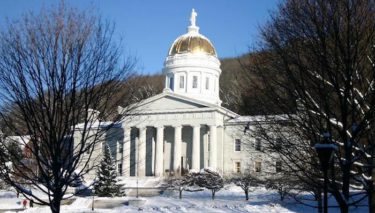 However, the bill reads, the top loan amount that can be awarded is $6 million to projects that would need to generate heat or electricity using biomass, geothermal, methane, solar, or wind. But, if the project does not require the generation of electricity, then the top dollar amount for the loan is $5 million.

According to the bill, any loans would come from the Vermont Jobs Fund, and must go through an approval process. The entity wishing to secure funding would have to file an application, which would then be investigated for compliance with state laws and regulations, including environmental, zoning, planning and sanitary measures.

If the project seeking funding is a single loan for a municipal telecommunications plan, then the highest dollar amount to be awarded is $3 million.

Eligible projects, according to the bill, would include industrial, commercial, or agricultural enterprises that meet the criteria of the Vermont Sustainable Jobs Strategy.

The loans, under the bill, can be used to purchase land and rights to land, air, water, buildings, structures, machinery, and equipment, but would not be able to be used for retail or enterprise endeavors that relate to the sale of goods produced out of state. In addition, funding can’t be used for housing.

The scope of the projects that would be eligible for funding under the bill include quarrying, mining, manufacturing, processing, which would include the further process of agricultural products, and assembling or warehousing goods or materials for sale or distribution.

Funding, according to the bill, would also be able to used for research and development activities, including software and telecommunications equipment. Travel and tourism projects would be eligible provided full-time employment is maintained throughout the year.

The bill would also allow funding for long-term care and independent living facilities, including assisted living residents, a home for the terminally ill, a nursing home, residential care homes, and therapeutic community residences.

Bonds can be issued, under the bill, for project costs that include purchasing buildings, structures and facilities and acquiring right to land, air, or water.