The U.S. Department of Justice has appealed a federal judge’s ruling overturning the Centers for Disease Control and Prevention’s (CDC) mask mandate on planes, trains and in airports.

In her ruling to overturn the mandate, U.S. District Judge Kathryn Kimball Mizelle called the CDC mandate “unlawful,” saying the Biden administration did not follow proper procedures and went beyond its authority in making the rule. 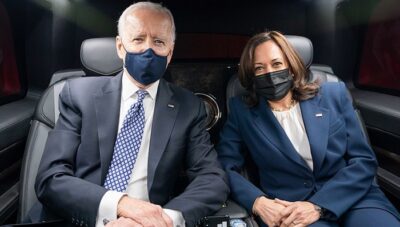 “But the mandate exceeded the CDC’s statutory authority, improperly invoked the good cause exception to notice and comment rulemaking, and failed to adequately explain its decisions,” she wrote in her ruling.

The Biden administration challenge comes after the CDC called on the DOJ to file the appeal.

“To protect CDC’s public health authority beyond the ongoing assessment announced last week, CDC has asked DOJ to proceed with an appeal in Health Freedom Defense Fund, Inc., et al., v. Biden, et al,” the CDC said Wednesday. “It is CDC’s continuing assessment that at this time an order requiring masking in the indoor transportation corridor remains necessary for the public health.

“CDC believes this is a lawful order, well within CDC’s legal authority to protect public health,” the agency said.

The mask mandate has been an ongoing point of controversy. While state and local governments around the country have largely lifted their mask requirements, the federal transit mandate remained in place.

The CDC’s comments about its desire to protect its own “public health authority” drew scrutiny as well.

“And yet, in the last two years of masking on planes the CDC has not run a research study to prove (or disprove) masking on planes lessens transmission and improves clinical outcomes,” author and physician Nicole Saphier said. “They are insisting the mask mandates continue ‘just because’ and ‘to maintain their authority.’”

White House Press Secretary Jen Psaki emphasized the need to protect the federal health agency’s authority at a White House Press briefing, saying “for current and future public health crises, we want to preserve that authority for the CDC to have in the future.”

Mizelle, though, said in her ruling the agency never had the authority in the first place. She likened this case to other recent cases where judges ruled that the CDC went too far with its COVID-19 rules.

“Within the past two years, the CDC has found … the authority to shut down the cruise ship industry, stop landlords from evicting tenants who have not paid their rent, and requiring that persons using public conveyances wear masks,” she wrote. “Courts have concluded that the first two of these measures exceeded the CDC’s statutory authority…

“No court has yet ruled on the legality of the third,” she said, adding that “after rigorous statutory analysis” the law “does not authorize the CDC to issue the mask mandate.”

2 thoughts on “Biden administration will fight to keep mask mandate for planes, trains and airports”