The Department of Education Office of Civil Rights (OCR) plans to investigate the University of Vermont after student complained of antisemitic harassment by a teaching assistant and other students, the university told the Daily Caller News Foundation. 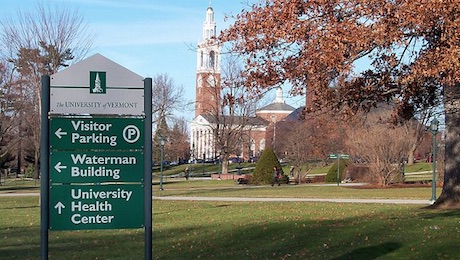 The Louis D. Brandeis Center for Human Rights Under Law filed a complaint in 2021 on behalf of students at the university who said they had faced antisemitic cyberbullying and harassment by other students and a teaching assistant, leading to a hostile environment on campus which the university allegedly did not address. The university confirmed to the DCNF that the OCR opened an investigation Tuesday into the alleged harassment.

“The University is aware of the Department of Education’s Office of Civil Rights investigation and is looking forward to providing the agency with a full response to the underlying allegations, each of which was reported to the university in 2021 and investigated by campus officials,” the university told the DCNF. “UVM seeks to foster a culture of inclusiveness for all students, faculty, and staff, including members of our Jewish community and does not tolerate acts of bias or discrimination related to religion, race, culture, gender, or sexual orientation on our campus.”

Jewish students were also allegedly blocked from an online forum called “ShareYourStoryUVM,” which was created by “UVM Empowering Survivors,” a widely known support group for students on campus to share their stories of sexual abuse anonymously, the complaint stated. Jewish students were also blocked from the campus book club, “UVM Revolutionary Socialist Union,” who posted that “Jewish Zionists” were not allowed to join the club.

“We know from our colleagues across the country that antisemitism and anti-Israel activity have risen to unprecedented levels with the return to in-person campus activity,” University of Vermont Hillel Executive Director Matt Vogel told the DCNF. “We take seriously our responsibility to work with our university partners to ensure incidents of bias are addressed, and that university leaders swiftly identify and publicly condemn antisemitism, bias and hate in any form.”

The complaint alleges that the university was made aware of the harassment, but did not intervene on the students’ behalf.

“I wore a Jewish-identifying necklace every day until I began to feel unsafe at UVM due to antisemitic rhetoric on campus and on social media as well as personal antisemitic messages that I received,” a student wrote in the complaint. “Antisemitism on campus has caused my mental health to decline and has caused multiple anxiety/panic attacks, and I no longer wear Jewish-identifying items as I feel unsafe.”

The Louis D. Brandeis Center for Human Rights Under Law and OCR did not immediately respond to the DCNF’s request for comment.