Much has been written about the current crisis in the American family. Mona Charen’s new book, “Sex Matters: How Modern Feminism Lost Touch with Science, Love and Common Sense,” offers some useful insights into why this is happening. She points to two cultural trends that contribute to the problem. The first is elevating sexual expression as the pinnacle of personal freedom. The second is insisting, in contradiction to established science, that male and female sexuality are essentially the same and that to think otherwise is sexist and intolerant. Together these trends form a lethal maze that damages women and children — and arguably men as well. 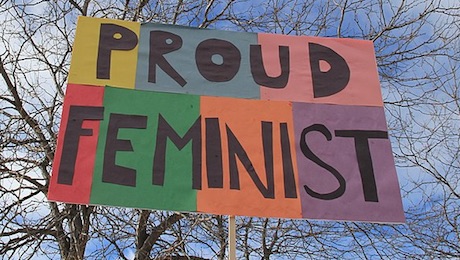 Has feminism lost its way by equating women’s rights with sexual freedom?

Charen’s well-researched view is that we have gone off on the wrong track. I couldn’t agree with her more. I remember well growing up in the ’50s and early ’60s when cultural norms about women’s sexual behavior took a dramatic turn. Initially women were manipulated by labeling any who deviated from the norm as “sluts.” Then in the ’60s — almost overnight, it seemed — society shifted to manipulating women’s sexual behavior by labeling them “frigid” if they did not participate fully in the sexual revolution. Ironically, what these two cultural norms have in common is manipulation: women “should” behave in such a way sexually or we will shame them into it.

Neither norm produced real freedom for women, but it is problematical to say so. Most feminists would wince at the very mention of the possibility that female sexuality is different from male sexuality. It smacks of “going backward.” Women, says Charen, fear that if there are real differences between male and female sexuality, these differences will be used “as proof of women’s general inferiority.”

What we can’t ignore, though, is the real damage done by equating women’s rights with sexual freedom. Charen writes, “One of recent history’s greatest scams was persuading women that offering men commitment-free sex was a victory for womankind.” As we now know, single mothers are four times more likely than their married (or even divorced) sisters to live in poverty. Studies also show that college-aged women are not happier in the binge-drinking, hook-up culture than they were in previous, more restrictive eras. And the impact on children living in poverty, without fathers, or with a single parent with serial step-parents, should be disturbing to all of us. Ask any dedicated teacher or school administrator about the alarming state in which a significant number of our children are arriving at school. As Joy Pullman noted in a recent article, the reality, “one of the best-documented in social science, is that children who live with their married, biological parents are the best protected against virtually all negative life outcomes.”

These are the very real costs of the sexual revolution. It is time for women to reject both sex-as-repression and sex-as-freedom models and come up with a model of our own that includes our commitment to relationships and to our young.

How can we move in this direction?

Older women can help young women understand the purpose and value of their sexuality, also their power to dictate the terms of their sexual participation. Sex is not primarily recreational. The greater purpose and value of sexual activity is the production of new life, the availability of contraception notwithstanding. The cost of that new life is the lifetime investment required to nurture it. That takes partnership and commitment. What we have done over the past 50 years is put our own pleasure and sexual freedom above the well being of our children.

We can stop denigrating men and masculinity and help our young men become the heroes they truly want to be. Men want to please women far more than we women often believe. Their sexual drive may be stronger than that of women, but that is not inconsistent with a similar drive to protect women and children, even at the cost of their own lives. Consider, for example, the extraordinary efforts of predominantly male cave divers in Thailand to rescue 12 soccer players and their coach. Or just take a closer look at your local volunteer fire department.

Women, sometimes rightly, fear this “protection” will be repressive, as it has been in the past, but we ought not to throw the baby out with the bath water. Women on college campuses have recognized the need for such protection with their overwhelming approval of the Obama administration’s efforts, however flawed, to prosecute rape offenders. Obama’s efforts were flawed because they failed to recognize the cultural (vs. legal) dilemma of a society that presses young women to participate in a hookup culture that is in conflict with their sexual nature. It is not surprising that a growing number of college-aged women wake up the morning after a binge-inspired sexual encounter feeling violated.

Last but not least, we need to stop dead-in-its-tracks the movement to teach sexual self-expressionism in the schools. Activists are pressing for explicit sex education courses (labeled “health”) that contain the details of a wide variety of sexual practices that are still considered a private matter by many, if not most, adults. As one critic put it, these curricula “strip away the natural modesty of children” and set them up for the hookup culture. No, parents are not bigots for objecting to such explicit sex education for their children, sometimes starting as early as pre-K.

The problem we must solve, then, is how to go forward to new cultural norms about sexual behavior that are neither Victorian nor promiscuous, norms that acknowledge the different needs of men, women and children while simultaneously strengthening, rather than undermining, the belief that men and women are fully equal under the law.

If we don’t engage with this problem, those of us who are concerned about women’s rights are actually at risk of losing credibility with the public for embracing ideas about sexuality that the society knows are questionable at best and in some cases provably wrong. Based on their own experience, few people actually believe that male and female sexuality and/or psychology are either interchangeable or a matter of choice. A wide variety of lifestyle choices, yes; hardwiring, no. Asserting such beliefs distances us from the mainstream public and thereby may actually weaken our argument for women’s rights — just the outcome that we wish to avoid.

Carol Frenier is a business owner living in Chelsea, Vermont, and the chair of the Orange County Republican Committee.

2 thoughts on “Frenier: Beyond sexual liberation”