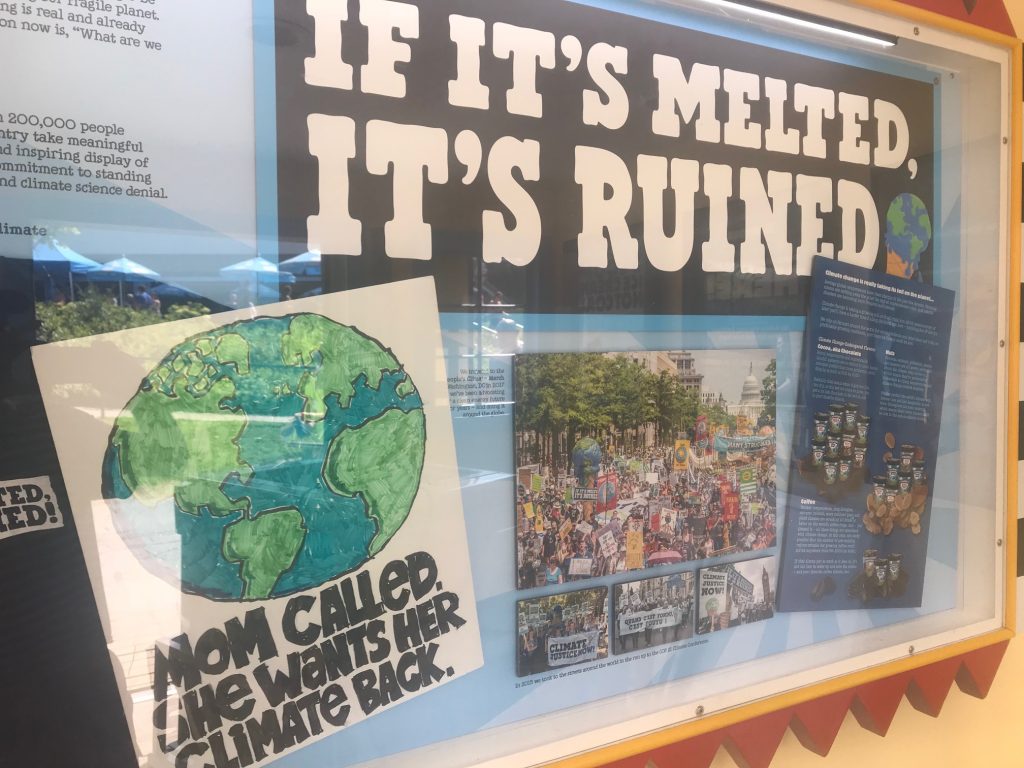 The ice-cream giant and ever-political Ben & Jerry’s has developed an advisory council to help farmers mitigate global warming and adopt best-practices such as keeping cows healthy.

“We’ll be practicing ecological agriculture, we’ll be providing great care for animals, ensuring that farm workers can thrive, and enabling them to become net-carbon-sink both through the efficiency of their operations and reducing emissions but also learning how to draw down carbon from the air to the soil,” Dave Rapaport, global social mission officer at Ben & Jerry’s, told True North.

Rapaport said the company has already been working with farmers on techniques like cover-cropping and low-till or no-till practices to mitigate global warming.

“There’s a whole lot more that we need to learn about how to get there, and this council is being formed not to tell us what we should ask farmers to do in a very direct way, but to advise us as we figure out the next phases,” he added.

He also talked about the importance of policies regarding animal care. For example, the company prohibits an old practice called tail-docking, which is cutting off the cow’s tail so that it won’t hit the farmer during milking. Other measures include ensuring that the animal gets proper veterinary care, minimizing the use of antibiotics, and more.

While the council’s ideas are only recommendations, the company has a program called Caring Dairy, which has requirements for farmers who sell to the creamery. He added that ideas from the council could become rules for this program.

The ice cream maker continues to be involved in political activism, even though co-founders Ben Cohen and Jerry Greenfield ceased having any authority within the company after Unilever purchased it in 2000.

“Ben & Jerry’s has always been very active in our commitment to social justice and human rights and the environment,” Rapaport said. “We’re guided by a three-part mission; A product mission, an economic mission, and a social mission. They really, together, complement each other and they each are of equal importance in guiding the business.”

The council meetings will be private, but the ideas that emerge will become public.

“We certainly will be very public as we develop our program,” he said. “It’s important to us that this be an independent council and be free to speak their minds.”

Miller emphasized that the best way to tackle wealth inequality is to promote the ambitious plan.

“The truth is the scale of climate change — the transition changes that are going to be required to get to zero emissions by 2030 — is massive, and it may just be the only way to really radically address the issue of wealth inequality,” he said at the event.

“The Carbon Underground and Green America, in partnership with Ben & Jerry’s [Unilever], DanoneWave, Annie’s [General Mills], and MegaFood have begun development of a global verification standard for food grown in a regenerative manner.” the report states. “The standard seeks to encourage farmers to restore the carbon cycle and build soil health, crop resilience, and nutrient density.”

The parent company Unilever has posted material indicating that they are strongly supportive of the highly controversial carbon tax initiative, which has been tried and failed a handful of times over the years at the Vermont Statehouse.

“To achieve Unilever’s Sustainable Living Plan, which seeks to make its operations carbon positive by 2030 – this means the company will be generating more clean energy than it can consume, and will be selling the surplus on the market so as to help others reduce their carbon footprint – Unilever has identified carbon pricing as an effective transition strategy until sufficient external market prices are in place,” an article on carbonpricingleadership.org states.

Critics have pointed out that, ironically, the Ice Cream giant will not have to pay the tax.