The average age of Americans who die from COVID-19 is approximately the same as the general life expectancy for the entire U.S. population, according to health data gathered from various sources.

The National Vital Statistics System (NVSS) — an intergovernmental system managed by the Centers for Disease Control and Prevention — reports that Americans have a life expectancy of 78.7 years old.

Based on various reports of health department data, COVID-19 appears to be most lethal for Americans at or near that same age.

In Massachusetts, for example, victims who have died from COVID have been 80 years old on average, according to state health department data released Friday.

Data across other New England states shows a consistent pattern. The average age for COVID deaths in Maine is 79, while Vermonters who fall victim to the virus are 77 years old, on average. 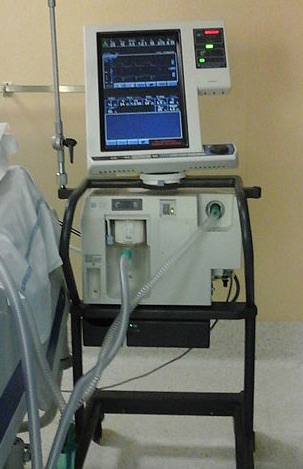 HEALTH DATA: On average, when Americans die from COVID-19, they die at approximately the same age as those who die from all causes in the general population.

The state of Connecticut’s health department provided TNR with a chart that breaks down COVID mortality across various age brackets. Highlights include that 3,794 of the state’s 4,656 COVID deaths, or 81 percent, were over the age of 70. About 60 percent of COVID deaths occurred in victims who were over 80.

A similar data chart for Rhode Island reveals that 59 percent of that state’s COVID-19 deaths are over age 80.

To the southern part of the nation, in Florida, the average age of death is 76 years old for victims of COVID. And according to U.S. Surgeon General Jerome Adams, the average age for COVID deaths nationwide is 80.

The virus death statistic appears to hold true for other countries as well. For example, in Scotland, the average age of COVID deaths is 79. while victims in England and Wales average 82.4 years.

Norbert Michel, director of Heritage Foundation’s Center for Data Analysis, told True North that the spread of the coronavirus in nursing homes may be part of the reason why the average age of those who die from COVID is aligned with general life expectancy in the U.S.

“New York and a number of other states’ early decision to require nursing homes to accept COVID-19 patients discharged from hospitals may have also driven up infections among those most susceptible to a COVID-19-related death,” he said in an email. “The effect of that policy is difficult to assess, since in many cases they did not classify the deaths of nursing home residents who died in hospitals as nursing home deaths. However they were classified, it appears that nursing home deaths account for a substantial share of COVID-19 mortality.”

Another possible reason for the high average may have something to do with underlying conditions. In late August, the CDC revealed that only 6% of COVID deaths can attributed to the coronavirus alone, while the other 94% involved multiple extra health problems such as diabetes, heart disease and COPD — conditions that are far more common and deadly in old age.

In Vermont, an examination of the death certificate data of the first 58 Vermonters to pass away from the virus shows that victims, on average, had more than two underlying medical conditions such as Alzheimer’s, heart conditions, obesity, and more.

Despite data showing that the coronavirus is deadliest for elderly populations, Gov. Phil Scott on Friday banned all multi-household gatherings, including holiday celebrations such as Thanksgiving. In addition, the governor issued a mandate to close bars and social clubs and restricted restaurant hours to a 10 p.m. closing time.