Editor’s note: This commentary is by Annette Smith, executive director of Vermonters for a Clean Environment. She lives in Danby.

The words used to describe what is happening to Planet Earth have changed over time, and are politically charged for some people. A better description might be wacky weather. Even better, weather extremes.

We might be able to agree that the weather is getting more extreme.

Currently, the Vermont Climate Council is developing a plan to be finalized by the end of this year as required by the Global Warming Solutions Act. The Act contains only one mandate: emissions reductions. 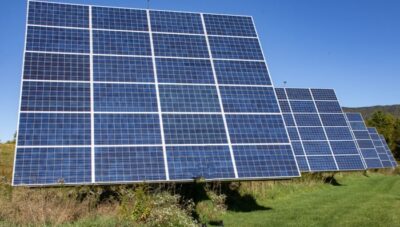 Annette Smith: “Are we going to look only to technology as the savior based on the assumption that building renewables everywhere regardless of other issues will result in emissions reductions?”

The Climate Council has five subcommittees: Just Transitions, Ag & Ecosystems, Rural Resilience, Science & Data, and the mysteriously-named Cross-Sector Mitigation. Presumably the latter subcommittee is charged with merging all the information developed by the other subcommittees into solutions that incorporate all the various sectors.

The “solution” they are focused on is electrification of everything, which means increasing consumption. Electric vehicles, heat pumps, electric water heaters, smart appliances, pellet stoves, vehicle chargers, solar panels, wind turbines are the likely mandates we can expect Vermonters to be required to purchase.

The assumption is that building more renewables and transitioning to electricity as the primary energy source will result in emissions reductions.

My inquiries about addressing behavior or using less have met with silence, as have my suggestions that other technologies should be considered such as solar hot water and commuter rail on the Western Corridor, neither of which fit the “all electric” path the Climate Council is taking.

One residential area in Manchester serves as an excellent case study of the issues surrounding the GWSA’s approach to addressing Climate Change.

Recently, I was contacted by a neighbor of a proposed 500 kW solar project on Richville Road in Manchester. This outreach came very late in the process.

The transcript of the evidentiary hearing revealed the Public Utility Commission was interested only in aesthetics. Parties were asked by the Hearing Officer to file briefs that focused on two issues: whether the project is shocking and offensive to the average person, and the PUC’s unique addition to the aesthetics review called “Societal Benefits.”

The residential development affected by the solar array has a fascinating history. In 2004, the developer and his wife died in a car accident, resulting in litigation.

The neighbors did not hire a lawyer for the PUC case because they have obligations to pay the lawyer in that ongoing case, and could not accrue more legal bills.

Neighbors submitted public comment objecting to the solar project based on aesthetics, and also flooding. The solar project field, located next to the confluence of the Batten Kill and Bourn Brook, floods regularly.

The solar developer told a neighbor that if flooding damaged the array, insurance would cover it.

After the hearing, neighbors submitted photos and videos of the most recent flooding, but the developer’s attorney objected to them as too late, and the PUC agreed. The evidentiary record is closed.

Highlighting the challenge Vermont has in its mandate to reduce emissions, the Manchester Journal published a letter to the editor from a Dorset resident supporting the solar project on Richville Road to address climate change. The project received Preferred Site letters from the Select Board, Planning Commission and Regional Planning Commission.

A recent news article quotes the Planning and Zoning Administrator calling out the “noise-making people” and threatening neighbors with the prospect of a multi-story building being put up on the site much quicker.

This is the challenge the Global Warming Solutions Act has set up for Vermont.

Are we going to look only to technology as the savior based on the assumption that building renewables everywhere regardless of other issues will result in emissions reductions?

Will we be able to consider how to address the effects of weather extremes and avoid development in flood-prone areas?

What does this mean for Vermont’s downtowns that are in flood hazard areas?

The Climate Council would be wise to include asking the Legislature to modify the Global Warming Solutions Act to address issues resulting from weather extremes in its recommendations in the Climate Action Plan.

The “solutions” cannot be all about technology and buying more stuff.

4 thoughts on “Annette Smith: Climate ‘solutions’ cannot be all about technology and buying more stuff”