BURLINGTON, Vt. — A vandalism crime spree in Burlington has exposed frustrations by both city police and a state’s attorney that the status quo for dealing with mental health-related calls is not ideal for public safety or for helping to change the perpetrators’ behaviors.

On Aug. 12, Micael Bizuneh, 31, allegedly vandalized at least 18 cars on Grant Street, according to a BPD press release. Bizuneh has been accused of similar incidents in recent months, causing much damage.

“In total, over the past four months, Mr. Bizuneh has allegedly caused many tens of thousands of
dollars of damage to the personal property of more than one hundred people throughout Vermont,” the police report states.

The vandalism occurred as the city is having an intense public safety debate related to City Council’s decision in 2020 to reduce the police force by 30 percent. While acting Burlington Police Chief Jon Murad has said the department needs about 100 officers to effectively police the city, the council set the cap at 74. 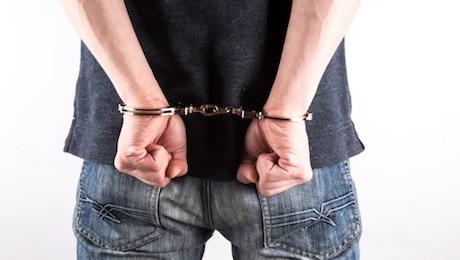 WHAT NOW?” Mental health experts and police leadership alike say there should be a better response system when dealing with crimes related to mental health.

The vandalism Bizuneh is accused of includes “keying vehicles,” or using keys or rocks to scratch off paint. The department claims Bizuneh may have damaged more than 80 vehicles.

Bizuneh’s other run-ins with law enforcement date back to August 2019, when he was evaluated by psychiatrist Dr. Jonathan L. Weker. At the time Welker concluded that Bizuneh “was not competent.”

A story in the Barre Montpelier Times Argus in March offered details of the mental health evaluation. Weker concluded that Bizuneh “experiences symptoms of schizophrenia,” including paranoid thoughts that the federal government is pursuing him.

“Weker said Bizuneh has reported he believes the FBI has hired psychics to torture him and has planted listening devices in vehicles,” the report states. “The psychiatrist said Bizuneh damaged property so that he could draw attention to himself because he knew doing so would force the FBI to back off or risk being discovered.”

Murad said the recent vandalism is an example of law enforcement not always having the best options for dealing with mental health-associated crimes.

“I’m frustrated by the lack of options for addressing this kind of serious, recurring criminal
behavior,” Murad said. “The men and women of the Burlington Police Department are very good at finding and safely apprehending people, even at risk to themselves. But in cases like this, jail is not the best answer. Although it temporarily keeps people and property safe, it doesn’t get at the causes of Mr. Bizuneh’s behavior.”

“Mr. Bizuneh’s circumstances are yet another example of our mental health system refusing to
exercise its statutory authority and instead relying on police and prosecutors to provide mental
health services to individuals in great need,” she said. “Until the Department of Mental Health fills the void, the criminal legal system will continue to try, and will continue to fail. These people need significant services, not jail.”

The Vermont Department of Mental Health, which is familiar with Bizuneh, has stated that “they felt his behaviors were not the product of his mental illness.” The department “did not support efforts to hospitalize Mr. Bizuneh at this time.”

Murad said that jail does serve an important purpose, at least in initially getting perpetrators off the streets.

“In cases like this, we need more access to custodial mental healthcare, where people can be helped even as they are safely prevented from continuing to victimize innocent Vermonters, and prevented from putting their own wellbeing and the wellbeing of others at risk,” the police chief said.

The suspect is accused of 18 counts of felony and misdemeanor vandalism and was held on $1,000 bail.

11 thoughts on “Amid vandalism spree, Burlington Police frustrated by ‘lack of options’ for mental health cases”