This commentary is by Meredith Angwin, a retired physical chemist and a member of the ISO-NE consumer advisory group. She is the author of “Shorting the Grid.”

Looking back at winter oil

In the deeply cold weather of 2017/2018, oil saved the grid. Gas-fired power plants could not always get fuel. (I described this situation at the beginning of my book, Shorting the Grid: The Hidden Fragility of Our Electric Grid.) 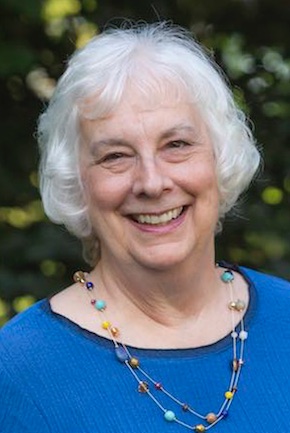 Some gas-fired power plants were able to burn oil, and they did. The oil they burned saved the grid, and it was part of ISO-NE “Winter Reliability Program.” which assured an oil supply to power plants that could burn oil or natural gas (dual-fuel power plants). Our grid was operating on 30% oil for about a week.

The Winter Reliability Program was subsequently scrapped by FERC as being “out of market” and not “fuel neutral.” However, it kept the lights on in New England.

I have argued that we need such a program again, whatever FERC thinks of it. I have the sad history of the Winter Reliability Program in an earlier blog post.

Time to look forward to the coming winter. In February of this year, I spoke at a forum of the energy committees of the Connecticut Legislature. (New England Was Barely Ready for Winter.) The next speaker at the forum was Gordon van Welie, the CEO of ISO- NE, our grid operator. Van Welie said that a Winter Reliability Project would not be effective this coming winter.

I could think of several reasons that such a project would not be effective. For one thing, several large base-load plants have shut down, and so oil would have to supply even more electricity in order to keep the lights on. The graphic at the head of this blog post is from a recent ISO-NE presentation. It shows that more than 5000 MW of reliable plants have closed in New England since 2013. Meanwhile, 3000 MW of dual-fuel plants have been added. But can the dual-fired plants get fuel without a Winter Reliability Program? Or is this just more dependency on Just-In-Time natural gas?

To put this in context, our New England grid runs as low as 10,000 MW at night and has rare peaks of about 23,000 MW. (In contrast, ERCOT of Texas is expecting today’s peak to be over 70,000 MW.) Shuttering 5000 MW of reliable power has affected a major part of our power supply.

Facts and figures for this winter

6 thoughts on “Angwin: How will New England handle loss of 5000 MW of reliable power plants?”