After a major spike in violent crime in recent years and a wave of retail theft, Americans are growing more concerned about crime.

Newly released Gallup polling found that 53% of surveyed Americans worry a “great deal” about crime, the highest level since 2016. The poll found an additional 27% of Americans are worried a “fair amount” about crime, with women, Republicans, and city residents among the most concerned. 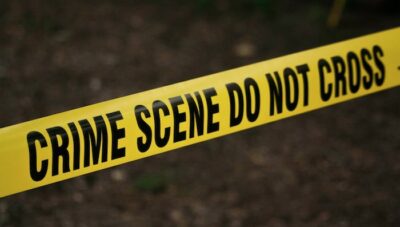 The poll comes after a major violent crime wave in recent years. Now retail theft is going unchecked in parts of California where viral videos have shown thieves walk into stores and fill garbage bags with merchandise only to walk out unhindered.

“Americans’ concern about crime and violence in the U.S. has edged up in the past year, and for the first time since 2016, a majority (53%) say they personally worry a ‘great deal’ about crime,” Gallup said. “Another 27% report they worry a “fair amount,” which places the issue near the top of the list of 14 national concerns – behind only inflation and the economy, and on par with hunger and homelessness.”

This level of concern is the highest in several years.

The poll comes after a major violent crime wave in recent years. Now retail theft is going unchecked in parts of California where viral videos have shown thieves walk into stores and fill garbage bags with merchandise only to walk out unhindered.

San Francisco has become a focus for this concern where retail crime has become so pervasive that Walgreens shut down 22 locations in the city.

“Organized retail crime continues to be a challenge facing retailers across San Francisco and we are not immune to that,” Walgreens said in a statement. “Retail theft across our San Francisco stores has continued to increase in the past few months to five times our chain average. During this time to help combat this issue, we increased our investments in security measures in stores across the city to 46 times our chain average in an effort to provide as safe environment.”

Other stores have reported similar problems, in large part due to a recent law in California that treats any thefts under $950 as a nonviolent misdemeanor. Those crimes are hardly ever prosecuted, and the boldness of thieves has continued to increase in California cities.

New York has also seen a rise in retail crime which comes on the heels of a spike in violent crime in recent years.

The FBI reported a major rise in homicides in 2020 alone. FBI data is not yet available for 2021, but those numbers are also expected to be elevated.

According to the FBI, there were roughly 21,500 murders reported in 2020, the highest number in decades.