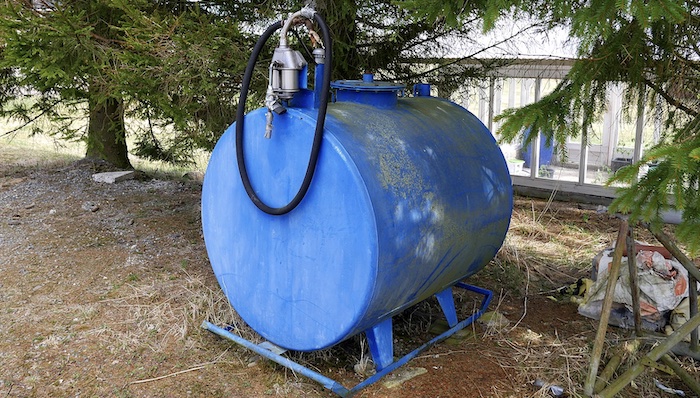 Would money go to global corporations while local fuel dealers carry this immense burden and are penalized? Will Vermont pay global corporations such as Big Oil twice in order to use fuel? How will this situation ripple to other Vermont businesses and consumers?

The new Clean Heat Standard called the Affordable Heating Act is an attack on Vermont businesses and our local economy. This bill, S.5, was introduced on Jan. 6, 2023, and is supported by 13 senators. Although there may be good intentions and hopes behind S.5, it is actually harmful to Vermonters and small businesses who have been heating homes for decades, even generations. The true nature of S.5 hides behind the words ‘equitable’ and ‘affordable’ but it will result in a trickle down effect of damage to small fuel companies, consumers, businesses and Vermont’s economy — this will negatively impact all of us.

The language within S.5 reveals that fuel dealers will take the brunt and be coerced to play a highly regulated, convoluted game regarding carbon credits based on limited and specified eligible measures in order to comply and meet goals. This game is designed by the Public Utilities Commission (PUC), an unelected body, and although it is cloaked in equity, repercussions and negative impacts are guaranteed yet unknown and the inequitable burden and strain placed on Vermont fuel dealers is unfair and dangerous. All Vermont homes and businesses require heat- intensely regulating and monitoring, and demanding that these targeted businesses solve the problem — because the Global Warming Solutions Act (GWSA) demands it — is cruel.

Fuel dealers are actively working towards broadening environmental options as industry innovates and access and affordability of technologies becomes realistic. Many want options that save money and may have less of an impact, but to force this on the industry and people is unacceptable, especially with a compromised electrical grid and a design which specifically targets hard-working individuals and Vermont businesses. Applying this degree of pressure from competitive industries via the government does not serve Vermont and is inappropriate. Vermonters will suffer from these demands and this carbon trading game, there is no doubt.

Many questions arise: Will these businesses be able to financially survive this attack and burden? Will this lead to closures and the invasion of global fuel dealers who can weather this storm? Will this create a monopoly? If people do not want this system or these technologies forced on them, if they cannot afford them, if there is not the funding, then again the fuel dealer suffers and has to pay for not accumulating enough credits in relation to the fuel that they sold. It is completely unfair that these businesses have to pay more or be penalized because they could not engage and influence enough people to jump on board with this game and purchase the “eligible measures” that the PUC has deemed acceptable for receiving credits.

Will the fuel dealers need to hire help in order to keep track of this forced system and all of the data and records required for reporting? How will they determine if the people they serve are of low or moderate income? Will they be expected to advertise and market these specific “eligible measures”? This is invasive, breaches privacy and these responsibilities, issues and extra costs should not be placed on the fuel dealers or obligated parties — this is an overstep.

In addition to multiple advisory groups, the PUC and the Department of Public Service are appropriated a combined total of $1.2 million to implement this plan and hire staff and consultants. This money could be spent more effectively and be used to directly accelerate progress. California went through this nightmare and failed; they now need others to enter the game in order for it to lock in and make the carbon market boom. Implementation of a real action based plan that does not involve creating, trading, cycling and buying carbon credits among the players — consumers, industry and the commission — would be the real answer. Penalizing these entities who do not fall in lock step to bring in this new system or cannot generate enough credits to stay afloat is an attack.

Under Consumer Protections within S.5, it reads “Entities that provide clean heat measures shall not unfairly induce customers to install or adopt clean heat measures. Entities shall not engage in predatory practices to generate clean heat measures.” However, S.5 by definition is predatory and coercive upon these businesses to play this game in which an unelected body has designed and set the rules. This degree of ongoing and demanding regulation is unprecedented and risks interference with a consumer’s ability to work with a local business who will best serve them and their needs

Will this service become skewed because of the intense pressure and looming penalties placed on the entities to implement these eligible measures? The actual level of intrusion into businesses is appalling. This scheme is unnecessarily complicated, and if it requires this many people to drive the game, then it is evidently a poor design which wastes resources, time and money.

If the GWSA was repealed, then Vermont could actually focus its efforts on solving real environmental issues and developing a real plan of action that aligns specifically with Vermont needs.

If carbon mitigation must be tackled as some in the Legislature demand, then continued and intensified carbon sequestration efforts can be prioritized. Vermont has 75% forest, healthy ecosystems and many sustainable practices in place which equate to an already present, massive and functional carbon sequestration infrastructure.

Further, the thermal and transportation sectors could continue to analyze and determine innovative technologies and options that are effective and make sense for Vermont. These could be promoted, incentivized if found worthy, and Vermont could continue to move into a diversified, energy system design without coercion and create a transitional hybrid model while keeping an eye on real industry solutions versus temporary and transient trends in the energy sector.

Another issue related to S.5 is who will be the statewide default delivery agent in which the obligated party has to pay for clean heat (carbon) credits. S.5 states that the “The Commission may order an obligated party that fails to retire the number of clean heat credits required in a given year, including the required amounts from customers with low income and moderate income, to make a non-compliance payment to the default delivery agent. The per-credit amount of the noncompliance payment shall be three-times the amount established by the Commission.” This potential for penalties holds unknown impacts and could be devastating.

Where will the PUC or the default delivery agent acquire additional clean heat credits/carbon credits if necessary, if Vermont cannot generate enough of its own? Will it be a requirement to purchase them from British Petroleum or another global corporation or bank who has stockpiled carbon credits for decades to get in on the forecasted game and evolving market? Would money go to global corporations while local fuel dealers carry this immense burden and are penalized? Will Vermont pay global corporations such as Big Oil twice in order to use fuel? How will this situation ripple to other Vermont businesses and consumers?

This is beyond a racket — attacking and harming local businesses, even if one feels it is justified for the environment is cruel. Vermont’s economy is already struggling, and S.5 does not help the situation. The emphasis on carbon reduction emissions does not make sense in Vermont and will undoubtedly result in business closures, businesses fleeing Vermont and an actual inequitable situation in which one sector is attacked and fiercely pressured in order to meet the goals of the GWSA when all they have been doing is trying to make an honest living and providing Vermonters with a steady supply of fuel to heat their homes — an actual necessity in Vermont. S.5 is dangerous to Vermont on many levels.

Alison Despathy is a Danville resident. She has a clinical nutrition practice in St. Johnsbury.

6 thoughts on “Alison Despathy: Affordable Heating Act is an attack on Vermont businesses”