The House and Senate tax bills could be detrimental to an already struggling affordable housing situation in Vermont, according to estimates released by the Vermont Affordable Housing Coalition. 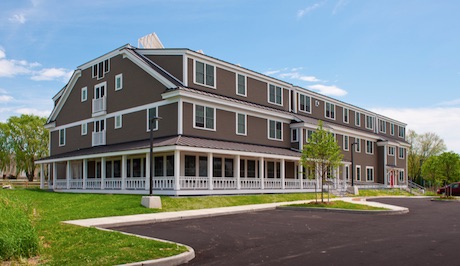 Armory Lane Senior Housing in Vergennes, Vt., offers 25 units and the Medicare-funded Services and Support at Home program. The property includes a team of physical and mental health specialists and a part time nurse.

Overall, the combined changes to housing-related bonds, tax credits, deductions and exemptions could result in a $15 million loss in housing investments annually.

That means towns and cities should expect a significant drop in downtown revitalization projects and rental homes for vulnerable Vermonters, the housing advocates say.

Vermont presently has a shortage of nearly 11,000 affordable homes for economically vulnerable residents and is ranked 5th in the nation in the affordability gap for renters.

Erhard Mahnke, coordinator of the VAHC, said the shortage of affordable housing is already a crisis and the tax bills will only make it harder for low-income Vermonters to stay in the area.

“It will continue to drive rent costs up, particularly in market areas where we have a low-vacancy rate for rental housing, ” Mahnke told True North Reports.

He added that the quality of existing homes in Vermont is not up to standard and the state relies on tax credits so developers can build new construction in low-vacancy areas.

According to the group, the tax bills passed by the House and Senate undermine the nation’s most important affordable rental housing development resource, the Low Income Housing Tax Credit. The statement from VAHC says this is a direct result of the proposed reduction in the corporate tax. A reduction in the value of depreciation expense and interest deductions further reduces the value of the credit, driving away private investment in low-income housing projects. 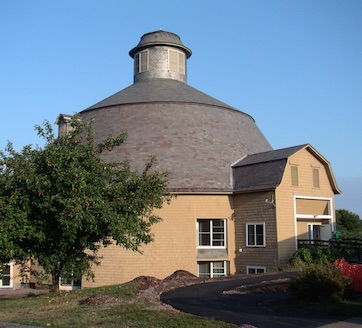 Developed by the Champlain Housing Trust, the Round Barn Apartments in Grand Isle, Vt., offer two dozen one- and two-bedroom rental apartments for low-income seniors.

The amount of private investments expected to be lost as a result is about $6 million annually. The Housing Credit helps fund the construction of about 300 rental homes each year.

Republican Gov. Phil Scott and the Vermont Legislature this year enacted a $35 million bond for affordable housing that draws from multiple sources of funding. The money had been expected to drive up economic development in towns across the state.

The bills are expected to have additional impacts.

Under the House bill in particular, low-cost mortgages for first-time homebuyers would be ousted and Mortgage Credit Certificates would not be available any longer. The Historic Rehabilitation Tax Credit (HTCs), a key aspect in the preservation of historic buildings, is eliminated, as is the New Markets Tax Credit.

HTCs have helped fund 643 homes in 68 projects, benefitting a total of 25 Vermont communities between 2012 and 2017. The $24 million in HTCs also helped generate $145 million in total private investment for that period.

Mahnke said the combination of changes could result in Vermonters leaving the state in search of a cheaper place to live.

“It will just make things worse, it will lower the economic development in our downtowns,” Mahnke said. “(Vermont is) absolutely dependent on these tax credits to create economic vitality and affordable housing for the work force.”

VAHC Steering Committee Chair and Director of CVOEO’s Fair Housing Project Ted Wimpey said the tax bills not only will affect low-income Vermonters, but will directly affect the already diminishing middle-class as well.

“People who would have been fast considered middle-class — which is kind of a mushy concept anyway — are certainly making much less now,” Wimpey said. “I think that will have an impact that will go beyond just the very lowest income people.”

Based on statistics provided by National tax experts Novogradac & Co., the study concludes that over the next decade, Vermont could lose 650 rental homes and 740 jobs, not including over $62 million in business income and nearly $24 million in state, local and federal taxes.