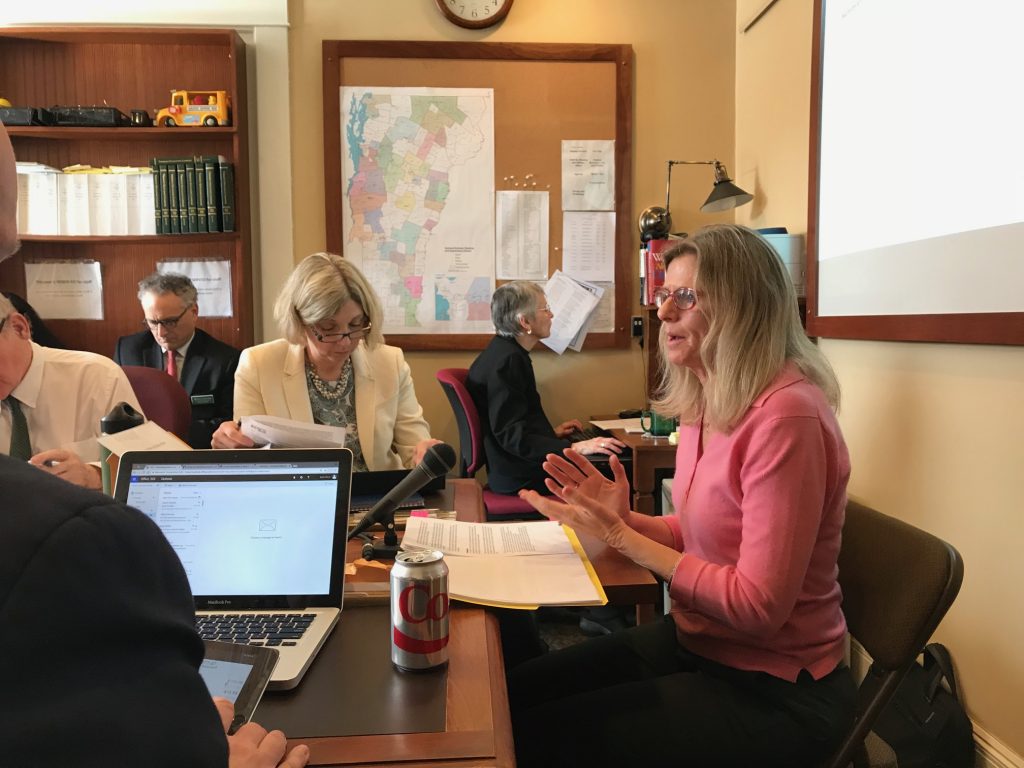 MONTPELIER, Vt. — The House Education Committee is hearing what’s working and what’s not with the state’s pre-K education law, which enables families to seek state payment for 10 hours of pre-K funding for 35 weeks in a year.

A report last fall by the Agency of Education and the Agency of Human Services found that more children are attending pre-K since its implementation, but still some low-income families are not taking advantage, and other families don’t always qualify. The situation has resulted in lawmakers hearing multiple testimonies for either maintaining or expanding funding.

Friday afternoon, Paul Behrman, director of the Champlain Valley Head Start, told committee members that programs use a combination of federal funds from Head Start and support from Act 166, but he would like to see more.

“Generally speaking, I am in favor of universality,” Behrman said. “Ideally, I would like to see birth to 5 completely publicly funded, that is my ideal. I think a lot of the challenges that we face, not just in Vermont but across the nation, are by virtue of this patchwork of funding.”

The committee didn’t hear much criticism about the expansion of pre-K in Vermont, but the idea of the state educating children under the age of 5 is controversial. Critics say it takes the parenting of tots away from parents and is expensive for taxpayers.

Rob Roper, president of the Ethan Allen Institute, says Vermont should not be pursuing pre-K expansion.

“If you look at the programs that have been implemented on the same kind of scale that the state is trying to implement them on, places like Georgia and Tennessee, these programs are very expensive and they really show absolutely no benefit,” Roper told True North.

Critics point to a 2016 study by Vanderbilt University that found no benefit for kids who went through Tennessee’s pre-K program.

“On measures such as state test scores, attendance, behavioral infractions and grade retention, preliminary results show that children who attended the Tennessee pre-K program were performing the same as, or worse than, children who had not enrolled in the program,” according to an analysis on edweekly.org.

Roper said Vermont has had pre-K for many years now and yet K-12 scores are not showing improvement.

Data on the 2017 Smarter Balanced Proficiency Tests show Vermont’s third- and fourth-graders as the lowest performing in the total number of students who qualify as proficient.

But the committee’s focus has not been whether to expand pre-K, but how.

Rep. Alice Miller, D-Shaftsbury, says some of her constituents who work in the field have indicated that the lack of collaboration between the private and public sector is one barrier that needs to be addressed.

“Instead of working together with the public school systems, in most instances there’s competition, there’s fighting and there’s fear of not being able to function without this funding,” she said.

Behrman said that in order to get that funding, schools must compete for teachers and students alike.

“For example, if we don’t have a licensed teacher with an early ed endorsement then we might not be pre-qualified in some instances,” he said. “And as you likely know, there’s quite a workforce issue we are contending with across the state in early education.”

Sherry Carlson, senior director of Vermont Birth to Five, spoke to the committee Thursday morning and urged more pre-K accessibility and high quality standards. She said while the 10 hours of state-supported pre-K is a start, there needs to be more study of its impact in relation to demand.

“We understand that the implementation of Act 166 had spurred growth in pre-K capacity throughout the state, but to the best of our knowledge, there really hasn’t been a full assessment of whether pre-K capacity is meeting the needs of the children and families of communities. 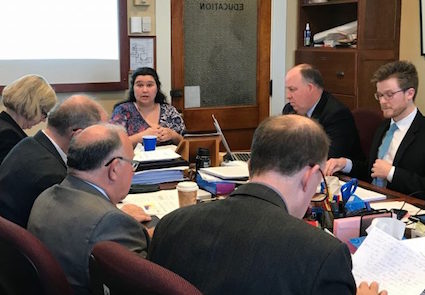 Amanda Gilman-Bogie, of Berlin, is a parent who has a child in Vermont’s pre-K program.

“And additionally given that Act 166 funding is only for 10 hours a week, 35 weeks of the year, many families are making additional arrangements for care beyond that 10 hours.”

At least in some cases, families do not feel it’s meeting their needs. On Wednesday, two parents of children with specific needs shared their experiences with Act 166 funding. Amanda Gilman-Bogie, of Berlin, has her son in a pre-K program that is working, and she decided another year of pre-K was preferable.

“It was our consensus both as parents and the educators who know him best, that it would be best for him to enroll in another year of preschool to continue to build upon his core skills and allow him the time and space to really thrive at his own pace,” she said.

However, she was denied the Act 166 funding. She suggested the state is not being consistent and “that it is currently reinterpreting the statute to exclude otherwise eligible 5-year-old children.”

She reached out to the Agency of Education to inquire about an appeals process. Even with the support of state Sen. Anthony Pollina, D/P-Washington, she did not get the response she wanted.

“This is really hard for me as a mom — I feel like I’m trying to do the right thing and nobody is helping me,” she said.

She started a petition with 192 signatures to ensure that all Vermont 5-year-old children have access to Act 166 pre-K funding.

“I really think of this as people who may not be here today but are really trying to let you know that this is a decision that they are not supportive of either,” she said. “The desire to retain access for preschool programs for 5-year-old children is not only the opinion of a small minority of parents raising children with late summer birthdays.”