Vermonters upset over Gov. Phil Scott’s flip-flop on gun control have taken to social media to vent their anger, but a lawyer with the Vermont chapter of the American Civil Liberties Union says some of their comments are getting deleted from the governor’s Facebook page.

Jay Diaz, a lawyer for the Vermont ACLU, told True North Reports that his office has received several complaints from Vermont gun owners whose comments posted to the governor’s official Facebook page have been removed. 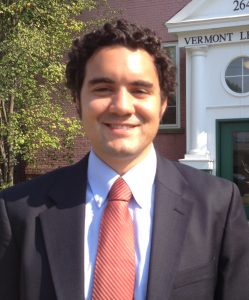 ACLU Vermont attorney Jay Diaz: “We’ve heard from a number of individuals who said that they have been blocked from posting on the governor’s official Facebook page. These are pro-Second Amendment rights people whose comments have been deleted. We are collecting and reviewing their comments.”

“We’ve heard from a number of individuals who said that they have been blocked from posting on the governor’s official Facebook page,” Diaz said. “These are pro-Second Amendment rights people whose comments have been deleted. We are collecting and reviewing their comments.”

For example, the Knight Institute at Columbia University is suing the Trump administration for allegedly blocking social media comments. Last summer, ACLU Maine announced that it was suing Maine Gov. Paul LePage for deleting comments from his official Facebook page.

“This is an emerging First Amendment issue in Vermont in the Digital Age,” Diaz said. “The New York Southern District Court ruled that Twitter accounts by public officials are considered as public forums, so a public official can’t just selectively block public comments you don’t like.”

“People are upset over this and it’s understandable,” he said. “They comment in public and then they find they are shut out.”

Rebecca Kelley, Scott’s spokesperson, told True North that comments or people who get blocked on the governor’s social media accounts are targeted for valid reasons.

“Any deleted comments or blocked accounts would be due to violation of our posted social media policy,” she said. ” … We use a Facebook feature that automatically hides posts that use profanity.” 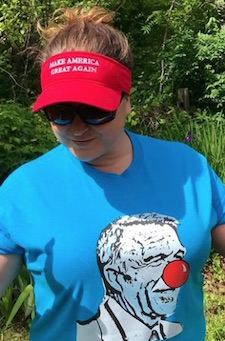 Despite winning the governorship by a comfortable margin, Gov. Phil Scott has seen his favorability rating fall nearly 20 percent since the run-up to the 2016 election. Anti-Scott t-shirts have even begun appearing in the Green Mountain State.

Constituents who have contacted Scott’s office with abusive, nasty and disrespectful comments are discouraged from commenting on Facebook.

“Some have been attacked by other commenters,” the policy reads. As a result, the governor’s stance is that comments and accounts may be blocked or deleted due to vulgar or violent language, disrespect toward other users, off-topic posts, impersonation, spam, fake accounts and violation of state transparency and disclosure laws.

Liz Mason, of Hyde Park, is a gun advocate who operates the Vermont Gun Owners Facebook page along with other gun advocates. She says followers of the page have been vocal about their anger at the governor, and have complained of getting blocked simply for criticizing Scott policies.

“I first started hearing about the governor’s Facebook page back in May,” Mason said. “The governor has received a lot of negative comments, not just from gun owners, over a variety of issues.”

“I called Gov. Scott’s office several times and asked two male staffers about who was doing the blocking. I also informed these staffers that there was a recent lawsuit against the governor of Maryland over the exact same thing. They had no answers for me,” she said.

Mason said representatives of the governor’s office told her the social media accounts are  managed by “a dozen or so people,” making it difficult to know who’s responsible for deleting comments. “We left it with the governor’s office promising to call me back about who is doing this; well, they never called me back,” she said.

“From what I can tell, the policy is wide open to interpretation,” Mason added. “I know some of the people who were blocked — they certainly didn’t violate the policy guidelines.” 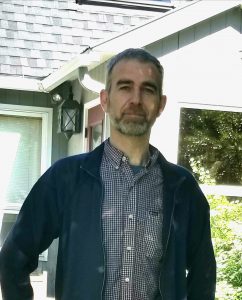 J.T. Dodge: “ACLU Vermont has asked a lot of us to pull our deleted comments together and send them to attorney Jay Diaz.”

J.T. Dodge of Newbury, a Second Amendment advocate and director of the Vermont Citizens Defense League, was one of the individuals whose Facebook comments were deleted by the Scott team.

“I was blocked about a month and half ago,” Dodge told True North. “ACLU Vermont has asked a lot of us to pull our deleted comments together and send them to attorney Jay Diaz.”

Dodge isn’t sure why his comments were targeted for deletion.

“My comments weren’t out of line, in my view, even though there’s a lot of animosity regarding this governor,” he said.

“Gov. Scott is the opposite of what we all expected, so there’s going to be strong reactions online. My comments weren’t rude or derogatory. I never swear or call people names online. Yes, I said a lot, but I wanted to keep this topic going. It’s so easy for the governor to change the subject or change the focus. Facebook makes it very easy.”

Dodge sees a growing pushback among Scott’s supporters in the wake of his decision in April to sign S.55 into law. That bill imposed background checks on private gun sales, set a 10-round magazine limit for rifles and 15 rounds for pistols, banned bump stocks, and raised the firearms purchase age to 21.

Two other bills, H.422 and S.221, allow for the confiscation of guns in domestic violence situations or if a judge determines a person to be a dangerous risk to himself or others.

“It’s not that we don’t care about school safety, but we care about our Second Amendment rights, too,” Dodge said. “There will be a backlash (this November). … The governor is making enemies out of everyone. The Democrats don’t like him and conservative Republicans don’t like him either.”

Meanwhile, retrieved Facebook comments by Dodge, and others, are being reviewed by ACLU Vermont.

“I am glad to see ACLU Vermont is standing up for us, because this organization doesn’t usually stand up for gun rights,” Dodge said. “I don’t think there’s a personal issue with the governor (and ACLU Vermont) because it’s so clearly a First Amendment issue.”

Mason, who said she watched 64 comments on Scott’s Facebook page reduced to only 24 in a single day, said she is glad to see the ACLU get involved.

“There were 64 comments on the Facebook page one day, and then the next day only 24 remained,” Mason said. “It’s a rights infringement, and the ACLU Vermont attorney is very interested in talking with gun advocates who have been blocked.”